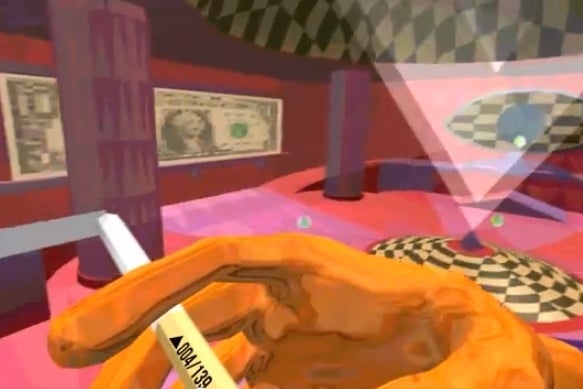 Perfect Stride isn’t just the exact same game with a new perspective, but an all-new adventure that takes advantage of the first-person perspective.

Arcane Kids is adamant that it won’t be an easy game to learn. According to the developer’s incredibly intentionally hideous official site, Perfect Stride is “based on old-school FPS movement feats” such as Quake jumping, Tribes skiing, and Counter-Strike surfing. “The controls are very difficult and we like that, so shut up,” Arcane Kids said. He also jokingly called the upcoming title, “Literally a perfect game”.

Perfect Stride will be getting a limited alpha release for those who backed the LA Game Space Kickstarter, but fear not if you missed it. “If you haven’t supported the project before, I heard you might have the opportunity to support it and get a first look at Perfect Stride,” Arcane Kids said, suggesting that a campaign of crowdfunding is on the horizon.

Take a look at Perfect Stride’s dizzying gameplay in its debut trailer below.