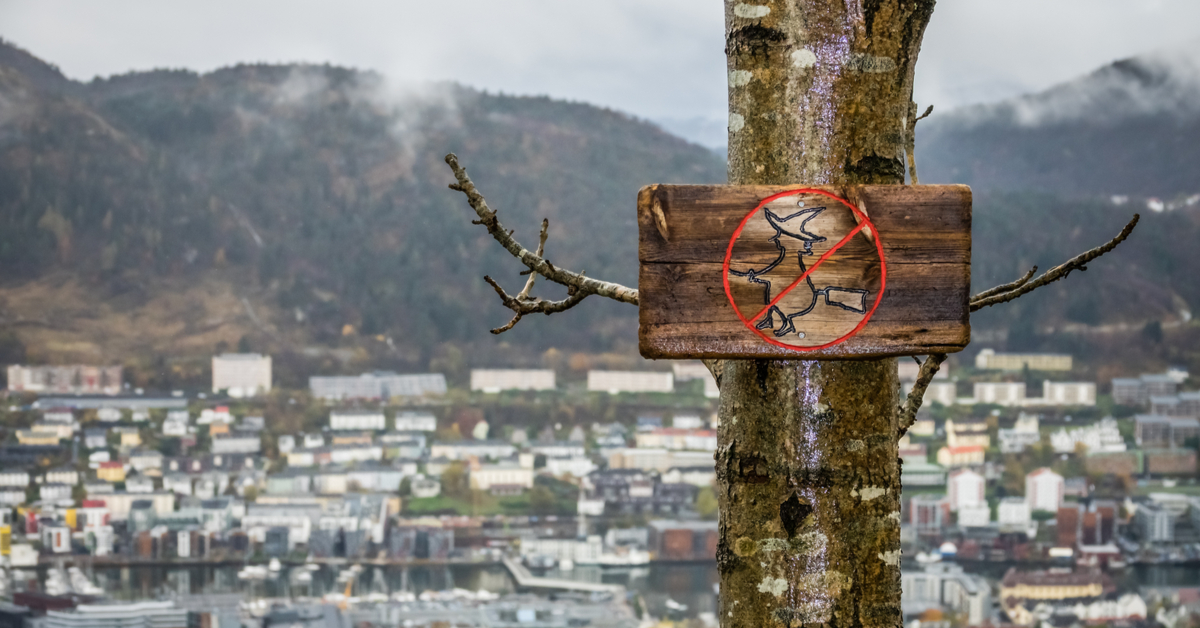 The 10 most unique Christmas traditions in the world

All over the world Christmas is celebrated, certain traditions are also observed. Some are more or less obvious and general, like planting Christmas trees, hosting succulent family dinners, and exchanging gifts, but there are others that at first glance seem to have little to do with Christmas. Nevertheless, they are deeply rooted in the countries where they are practiced. We’ll tell you about the world’s most unique Christmas traditions and help you understand what’s behind their meaning.

Norwegians have an age-old superstition. On Christmas Eve, evil spirits and witches come out. Therefore, all the brooms in the houses across Norway are hidden so that the witches cannot walk on them and cause havoc or even break them under the Christmas tree. For good measure, sometimes the male members of the household will come out and fire a few shots in the air to scare the witches away.

Another belief and tradition is that a gnome called Nisse, who looks after farm animals, will play nasty tricks on Christmas Eve if the kids don’t cook him a special bowl of porridge.

2. Roller skating at the church in Caracas, Venezuela

During the week leading up to Christmas, the citizens of Caracas attend morning mass daily, called Misa de Aguinaldo. But, they don’t walk to mass, instead they put on their roller skates and skate to church. Why? No one really knows, but it’s a tradition. Many roads in the capital are closed until 8 a.m. to allow worshipers to reach church safely. After returning home on roller skates after the service, they dive into their favorite tamales.

3. The logs of poo from Catalonia, Spain

Visit any Christmas market in Barcelona and you will see a strange sight everywhere: short logs, made of wood or chocolate, with a Santa Claus face, beard and cap on one end and a blanket on the other . From under the blanket flows a flood of colored candies. These are called caga tios, which translates to “guys that poop” and a favorite Christmas treat for the kids. They are also placed under the Christmas tree. The tio is prepared for some time before Christmas by being fed leftover food, then on Christmas Eve it is beaten, threatened, and a song is sung to encourage the log to ‘poop’ candy, preferably reels or even small gifts. Weird to say the least.

4. Krampus, the evil counterpart of Santa Claus in Austria

The appearance of the Krampus is a truly frightening event. During the weeks of Advent and especially during the night of December 5, Nikolas brings sweets and small gifts to children who have done good. But those who have misbehaved have reason to fear the Krampus. It is a hairy and horned creature, carrying chains and sticks and punishing bad children by beating them and taking them to hell. He wears bells to announce his arrival and in Austria there are even Krampus clubs where young men, disguised as Krampus, roam the streets and scare children.

5. Decorate the Christmas tree with spider webs in Ukraine

Of course, in Ukraine there are the usual decorations for Christmas trees like balls, ornaments and candles (electric or otherwise), but in addition, sparkling artificial cobwebs are thrown on the tree. Legend has it that this tradition dates back to a poor woman who could not afford any kind of decoration. On Christmas Day, she discovered that spiders had woven glittering nets on the modest tree.

Greenlanders, or Kalaallisut as they call themselves, have a long tradition of not wasting any food. Whales, in particular, are highly regarded, and their meat, skin, oil and bones are put to good use. An old legend has it that the Mother of the Sea will catch all the fish in her hair and drag them to the bottom of the sea, causing famine, if the Greenlanders wasted it. Therefore, they are very careful with their seafood and have a unique Christmas treat called mattak. It is, in fact, Greenland’s most expensive delicacy and consists of raw whale skin covered in fat that is cubed and chewed. It’s their Christmas candy. Another Christmas treat is called kiviak. It also requires preparation as it is a small arctic bird that is wrapped in a sealskin, buried for months in the ground, and then the decomposed flesh is eaten at Christmas time.

7. Feed the dead in Portugal

Portugal’s traditional Christmas celebration is called drink. It includes dried cod with boiled potatoes, rice pudding, roast ham glazed with honey and / or roast turkey, and any quantity of the best Portuguese wines.

It is a tradition to lay cutlery for deceased loved ones and even leave food crumbs in the kitchen for them. This custom is believed to bring good fortune to the household and its members.

January 6, Epiphany, is the day when children in Italy receive their gifts. But they are not delivered by Santa Claus sliding down the chimney but by an old witch, called La Befana. Legend has it that the three wise men, in their quest to bring gifts to the baby Jesus, came across a witch who, with hospitality, lodged them for the night in her house. The sages invited her to accompany them on their journey, but she refused, saying she was too busy cleaning her house. After they left, she had doubts and followed, but it was too late to reach the manger before the kings. The legend continues, saying that to this day she flies around the world on her broomstick, visiting every house and every child, bringing candy and small gifts to the good children and a lump of coal to the bad. The children wake up on the morning of the 6th to find out if they have been good or bad. This being Italy, the sweets good children find are the traditional Christmas sweets: panettone and pandoro.

More of a New Year’s tradition than that of Christmas is the famous red underwear from Spain. It’s supposed to bring good luck in love (or even marriage) if you wear red panties on New Years Eve. Men and women! Some say it only works if the underwear in question is a gift. A town in Spain, La Font de la Figuera, takes the tradition a step further: people dressed in red underwear only run into town on New Year’s Eve. The town is located in the province of Valencia and it usually freezing cold. But the Spaniards are riding on tradition!

9. Burn the devil in Guatemala

Cleanliness equals holiness in Guatemala. People believe that the devil and evil spirits are hiding in the dark corners of their homes. Therefore, in the week leading up to Christmas, they thoroughly clean the house, pick up all the rubbish and dirt, take them outside to their garden, and form a huge pile. Then, an effigy of the devil is placed on it and the whole thing is set on fire. A new clean life will rise from its ashes. The custom is called La Quemada del Diabolo, which translates to “the fire of the devil”.

10. Throwing a shoe in the Czech Republic

We have already said that some Christmas traditions are downright weird, and that of the Czech Republic is one example. On Christmas Eve, unmarried Czech women stand at their doorstep and throw a shoe over their shoulder. If he lands with his toe pointing at the door, that means they’ll be getting married next year. If, however, the shoe lands with the heel pointing towards the door, they will be left alone.

Tony Hawk loves wearing these shoes while skateboarding – reveals why

Injury season begins in Russia with the onset of winter – RealnoeVremya.com