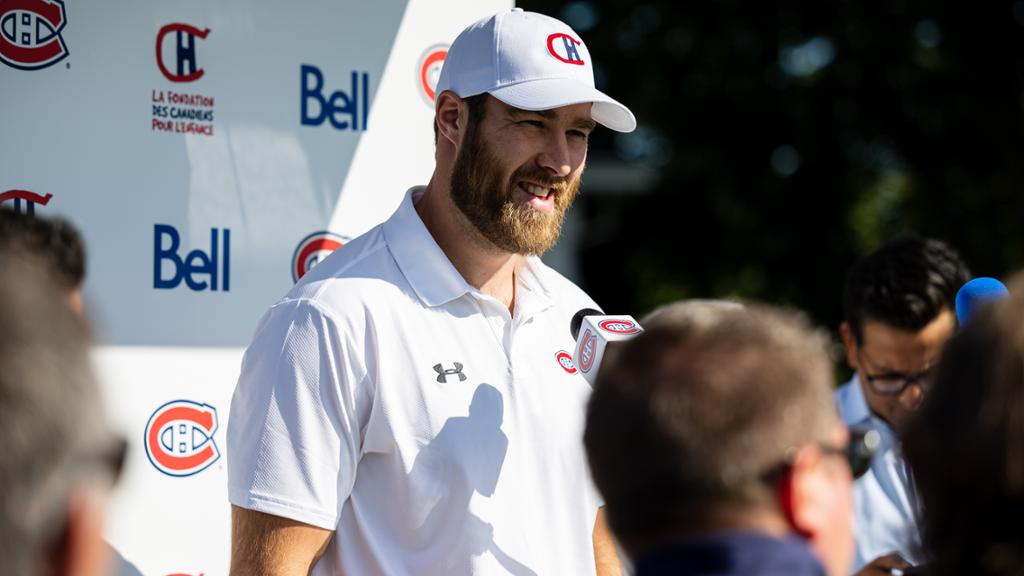 Suzuki players: “He leads by example”

Here are some excerpts from their press conferences:

This is a great opportunity for me. Coming here three years ago, I never would have expected. Playing behind Carey Price, you never expect that. But that’s how things can change quickly in this game, and obviously it’s a shame we don’t have Pricer with us because we’re a better team with him. For me personally, though, it’s another great chance to play some more games in a role that, in the grand scheme of things, I think I’ve had more or less over the last couple of years with the injuries and the situations. . It’s just another chance to build my game and help this team, guide it and kind of be a stable presence there.

Video: Allen on his expectations for the season

Cole Caufield on the abundance of veteran forwards on the roster:

It’s perfect. I think that’s something everyone wants, competition in the room. We’ve done a good job this summer, finding guys who will step up the pace in training and do a lot for us in games, so we’re really excited about the squad we have.

Video: Cole Caufield on his offseason

Mike Matheson to help the young defenders of the team:

You realize pretty quickly when you’re young how hard it is to play in the NHL and be at your best every night for 82 games and into the playoffs. They’ve come this far without me, so it’s not like I’m going to come in and be in their ear or anything. They’re here on their own accord and deserve to be here so maybe if they have any questions about any tricks that might work whether it’s recovery or staying mentally in it or keeping your confidence when the going gets tough, it’s good if I can do that.

The first day I saw him, for an 18 year old this size, he is a very rare breed. And how thick it is, not just its size. Skating with him this summer you can see he uses his size really well on the ice, protects the pucks and has good hands for a big boy so the future looks bright for him. I can’t wait to see what he does at camp and what he does this year.

Video: Josh Anderson on his preparation for the season

He is good with everyone. He’s so calm with rookies and veterans, and he speaks well. He also behaves well on the ice and he has a good attitude. Nick is also a good player. That’s why he was named captain. It’s not because he talks a lot and is loud. He is calm and his game speaks for itself.

Sam Montembault play behind a group of younger defenders:

Some of the guys may be young, but we also have veterans, like Savard and Edmundson. They are both good leaders in the room. I know the young guys can lean on them during the season. They will learn from them. We may not start the season with a lot of experience at the back, but these young guys will improve as the season progresses.

Video: Montembeault on his preparation for training camp

He leads by example, by the way he prepares and practices. He may still be young, but he is very mature. If you didn’t know his age, you wouldn’t think he’s only 23. You’d think he’s been in the NHL for a long time already. The fact that he was surrounded by good veterans really helped. He does the right things at the right time. He’s good with everyone and he brings everyone together, and the guys are going to follow him.