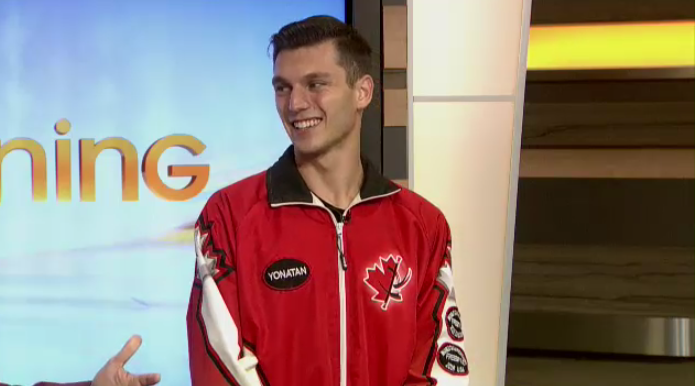 A Manitoban is set to start competing at the World Stick Twirling Championships in Italy next month.

Team Canada member Yonatan Orlov is heading to the tournament for the third time, competing in the senior men’s freestyle event. For those unfamiliar with the sport, it is similar to the long and short programs of figure skating.

Orlov, who is a student at the University of Manitoba, is thrilled to be back on the world stage after taking a break from the sport.

“I took a year off and then I was like, ‘oh, I have to get back to it.’ Especially as soon as COVID sort of set in. I got a little bored at home, took over,” he said.

Yonatan started twirling at age 12. He was training as a competitive gymnast when he discovered the sport during a school talent show.

Since then, Yonatan has appeared at the World Championships three times, placing 12th in his last appearance at the 2018 tournament in Florida.

Since then, Orlov has also found a new passion for himself – coaching budding twirlers. It was a decision that earned him Sport Manitoba’s Local Coach of the Year award and the Jeff Collins Memorial Award.

He said the coaching also helped his own twirling.

“Now for my own tricks, when something isn’t working, I have to step back like I would for my athletes and say, ‘Okay, what’s wrong here?’ instead of just keeping trying, doing it over and over and over,” he said.

When asked how he was feeling heading into the competition in August, Orlove said he was excited.

“It should be nice and very warm,” he laughed.


– With files from CTV’s Joey Slattery