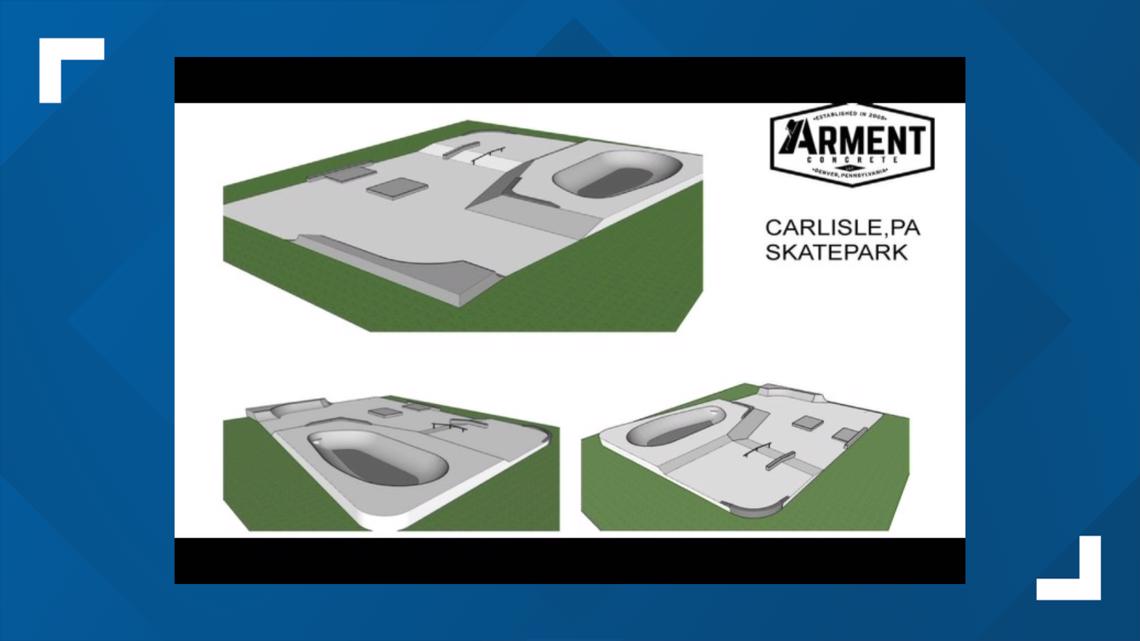 Skaters and cyclists will soon have their place in Carlisle

The new skatepark will feature a small skate bowl, as well as a large flat surface that will feature street skate obstacles.

CARLISLE, Pennsylvania — A skate spot is finally coming to Carlisle at the end of this year, after many years of planning.

Although the new skate spot is relatively small — around 5,000 square feet — borough officials say they’ll make sure it’s a good spot for all types of skaters.

“We’ve had a number of public meetings, gotten a lot of feedback,” Borough Councilor Brenda Landis said. “We started with a concept and really worked with the skaters to understand what they want and understand the limitations we have on size. So there’s been a lot of revisions, and it’s been a really good, step-by-step process.”

The park will have facilities for bowl skaters, street skaters, seasoned veterans and beginners, Landis says.

The space will feature a small skate bowl, as well as plenty of flat areas that will have street skate obstacles.

“We’ve been working with skaters and designers to try to make sure there’s no congestion, there’s enough space for flow and people can make room to take momentum and then try their tricks,” Landis said.

Construction is expected to begin in late summer and will cost around $200,000.

While currently this space is just a wasteland, by the end of the year it will become a skate spot in Carlisle for skateboarders and cyclists to enjoy. @fox43 pic.twitter.com/jpa10AunPK

Asian Americans dominate the podium at the 2022 Beijing Winter Olympics