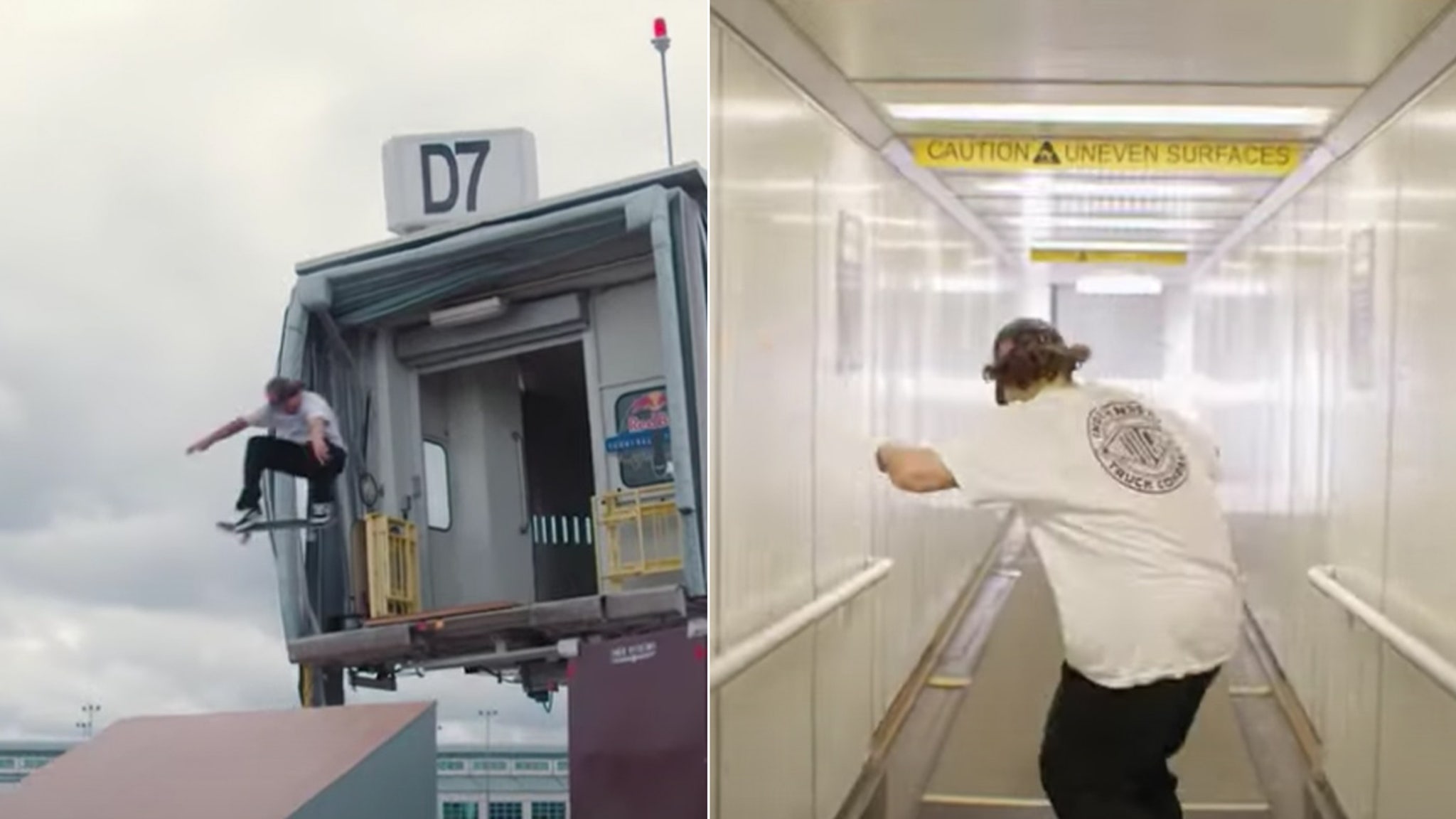 Forget the streets!! A few skateboarders took their skills to an airport… doing crazy moves all over the vacant lot — just like a Tony Hawk video game!!

It all happened in New Orleans, Louisiana, where Red Bull Skateboarding hosted their “Terminal takeover event” and turned Louis Armstrong’s empty airport into a skate sesh.

Just like in Tony Hawk Pro Skater, athletes had to pull off a few dope tricks to earn points – including flips, slides, 360s, aerials and grinds – to unlock the next level.

rising stars Jake Wooten and Vincent Matheron were up for the challenge… tearing up the airport terminal, baggage claim, lounge area and ticket counter.

skaters Alex Sorgente and Devin Flynn even launched out of the catwalk tunnel straight onto a ramp on the open, active airstrip.

“Living out a video game fantasy that I’ve had all my life is special,” Wooten said. “So thank you to everyone who got involved in any way this year.”

Kareem Campbell — the skateboarding star who’s known for his “Ghetto Bird” thing — was also there to represent…just like the Tony Hawk video game he’s featured in.

BRB — dusting off our PS2s.

how the sport developed