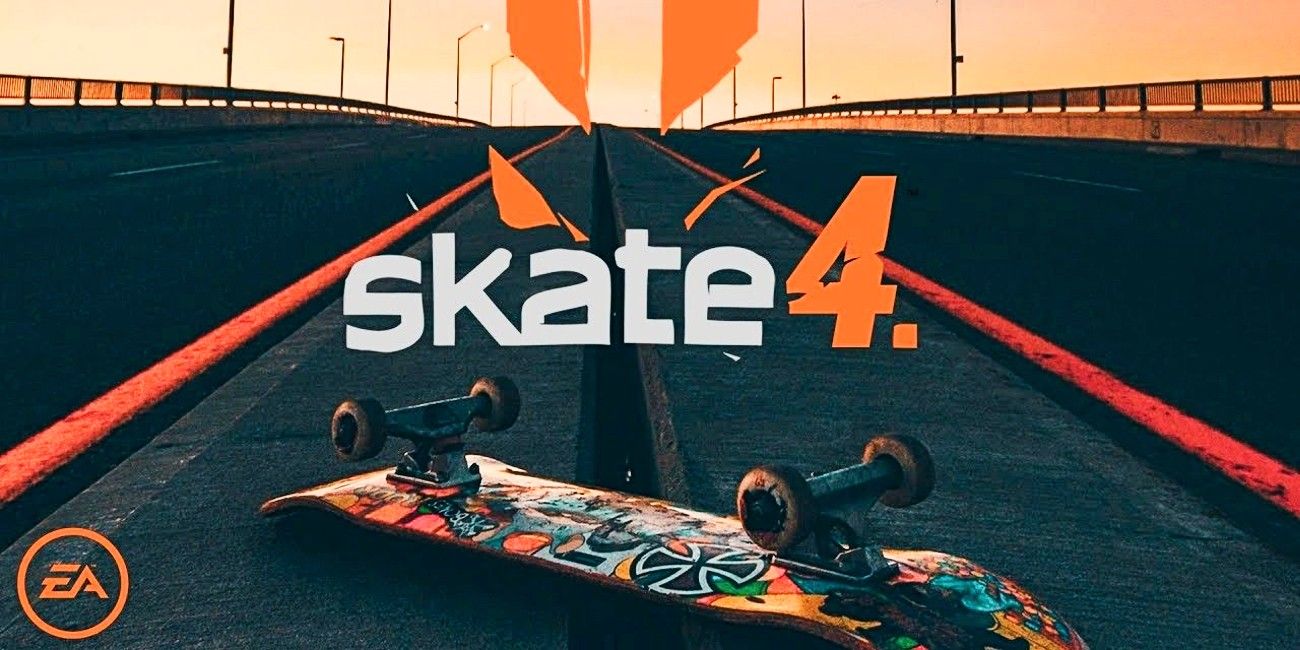 When Skate 3 was released nearly 12 years ago and received generally favorable reviews, but its success is far from dazzling. It wasn’t until several years later that the game saw an unprecedented spike in popularity thanks to the ubiquitous presence of top streamers and their affinity with Skate 3ragdoll physics and humorous glitches. A decade after the game’s initial release, EA has announced news of its successor, Skate 4. More information followed as development continued, including details regarding the focus on user customization.

It’s unclear if the inclusion of skateboarding as an Olympic discipline has anything to do with the resurgence of video games structured around this extreme sport. However, the past few years have blessed its fans with several wildly successful titles, such as Skater XL, Sessionand the highly anticipated remaster of a cult classic, Tony Hawk’s Pro Skater 1+2. Skate 4 seeks to advance the genre by putting creation and customization in the hands of players.

According to recently leaked pre-alpha gameplay footage, the developer is working to render movement mechanics in the next Skate 4 as intuitive and fun as possible. Although the game is still in its early stages, EA has already focused its efforts on creating an engaging and unique gaming experience that will live up to other modern games and their emphasis on customization. While the idea of ​​customization in a skateboard game has been seen before, Full Circle and EA decided to take gameplay immersion even further.

Skate 4 will feature a multiplayer mode that promotes collaborative community building and skating. Players will be able to set up a server and have others join the session, during which they can actively influence their skate park environment. The freedom to add or remove elements while tweaking the existing layout in real time will push everyone involved to work towards a common goal and create a sense of shared responsibility as they watch their dream skate park come to life.

Along with the free online skate mode and co-op efforts, budding skaters will also have the chance to show off their creativity through character and skateboard customization. While Skate 4 will provide its players with access to exclusive skins, it will also endorse user-generated content on in-game skateboards. This way, players can share their creations with the rest of the community and simultaneously enjoy the rewarding experience of a healthy approach to personalization.

In keeping with a plethora of rich gamer-focused features, EA considered for Skate 4, an open-world environment will further contribute to its ingenuity. The eponymous Fun City will be filled to the brim with challenges that will test players’ skills. Whether it’s scaling obstacles, racing against the clock, or performing mind-blowing tricks in hopes of setting a new record, the game will balance all of its open spaces by allowing players to approach them freely and unimpeded.

Skate 4The move in the direction that puts the player in the spotlight while focusing heavily on user customization is a welcome change, but it wasn’t unpredictable. Most modern entries rely on the many benefits that come with introducing extensive in-game customization, which conveniently enhances the gaming experience and at the same time ensures continued player retention. Although EA has included many user-friendly features in the past Skate titles, most of them barely compare to those set to debut in the fourth installment.

As fans eagerly await the newly leaked excerpts from the Developer Diary, it’s safe to conclude that Skate 4 is probably far. Generally speaking, not much has been confirmed aside from the PC game’s availability and the aforementioned customization features. Until EA and Full Circle provide more information regarding Skate 4Thanks to the overall state of development, skaters can rest assured that they will be able to, at the very least, immerse themselves in fully upgraded, user-generated settings when the game finally hits the shelves.

LEGO Star Wars: The Skywalker Saga Not Having Character Customization Is Disappointing

Constantine Morgus is a “trade” Game and Narrative Designer. He has also worked as a content writer and ghostwriter in the past. Since Constantine is multilingual, he spouts (lyrical) nonsense more often than he cares to admit. Oddly enough, none of this is reflected in its gaming features…or so it would like to believe!

How to watch the X Games online for free: Summer 2022 Chiba Livestream

Skateboarding is illegal on campus, but that’s not stopping skateboarders