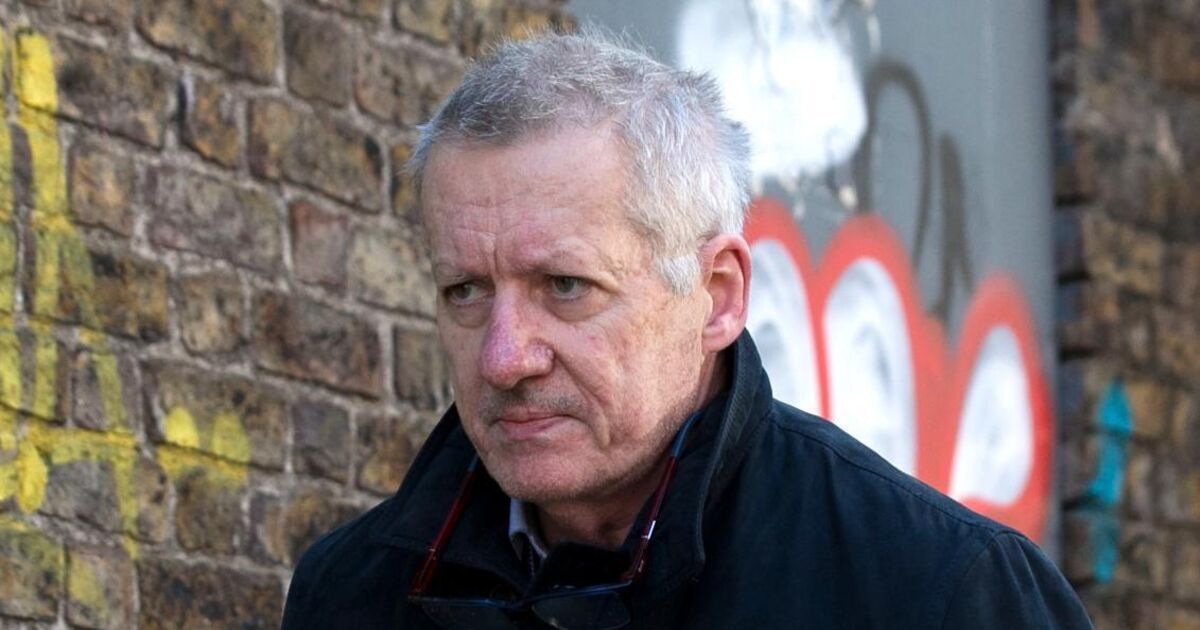 Reason for complaint about legal regulations

Mr Moylan, a lawyer based in Mallow, had falsely ‘witnessed’ the signature of a client, Deirdre O’Flynn, from Ballyclough, Mallow, on 18 separate documents.

Ms O’Flynn had been co-director of a property company run by her husband, Billy O’Flynn.

Her signature had been forged and she was not present when Mr. Moylan, or an associated attorney, claimed to witness her signature, in accordance with company law. Billy O’Flynn was not in court. A previous hearing was told he was now living in England.

The matter was extremely serious, as evidenced by the conclusion of the SDT.

Following the finding, Ms O’Flynn’s lawyer told the court that she did not want to see Mr Moylan’s job hindered.

Given this and Mr Moylan’s apology, the court ordered him to donate €15,000 to a solicitors’ fund and pay an additional €15,000 for Ms O’Flynn’s costs.

The result came at the end of a long battle by Ms O’Flynn to clear her name after the property company collapsed in 2013.

In 2018, she embarked on filing a complaint against the lawyer. The path she had to travel raises serious questions about how complaints against lawyers are handled and whether the public can have confidence in the system.

BOD Investments was established in 1994. Billy O’Flynn was the majority shareholder.

His wife Deirdre owned one share and was a non-executive director. The company traded in goods. Between 1997 and 2011, company lawyer Mr Moylan or an associate claimed to have seen Ms O’Flynn sign her name 22 times on 18 documents.

These documents were related to the purchase and sale of real estate and bank loans. This only came to Ms O’Flynn’s attention after the business collapsed.

In 2012, she learned through a third party that there were serious problems with the company. She sought separate legal advice when she realized the enormity of what had happened.

Another element of his complaint against Mr. Moylan is that he misled his new lawyer.

Dealing with the fallout from the company’s collapse worried Ms O’Flynn between 2012 and 2018. In 2015 she had to appear in the High Court where the liquidator asked the company to restrict her as a director.

However, the judge ruled in her favour, saying she was “honest and honorable in all her dealings with the company”. Billy O’Flynn did not contest his disqualification. Meanwhile, Ms O’Flynn felt she needed to retire from the teaching job she had held in Cork City for 20 years.

“Due to the enormous pressure I was under, I felt I could no longer give the care and attention my students deserved and I retired in 2016,” she told the Irish Examiner.

In 2018, she wrote to the Law Society complaining that Mr Moylan had failed to act responsibly as a lawyer in several respects.

The company responded that it was unable to process the complaint.

She then wrote directly to the SDT, an independent body appointed by the High Court. The tribunal is made up of three members: two solicitors, one of whom presides over the tribunal, and one lay member. Court attorneys are drawn from a panel.

The process involves a preliminary hearing to determine if there is a prima facie case, which would mean the complaint can go to a full public inquiry. For example, in 2019, the last year for which the SDT annual report was published, 72 complaints were dealt with at the preliminary stage and 22 were investigated in depth.

Ms O’Flynn complained on a number of grounds, including falsely witnessing her signature on numerous occasions and that Mr Moylan had misled his new solicitor.

After receiving the complaint, the SDT wrote to her with a list of the 19 lawyers on its panel, asking if she had any objections to any of them sitting on the court.

She replied: “While I think all the member solicitors listed are excellent in their own right, I would object to any solicitor in Cork City and County, Kerry and Tipperary dealing with the matter , as Mr. Moylan’s practice would extend to these areas.

“I think some of the more experienced members may have gone to college or trained with Mr. Moylan.”

She also asked the court to confirm to any of the candidates whether he knew or had any dealings with Mr Moylan. There followed three preliminary court sessions to decide whether the complaint merited a full public hearing. The second and third sessions were chaired by lawyers from Charleville – 15 miles from Mallow – and Cork City respectively. Of the 19 lawyers on the panel, only three were from the city or county of Cork, but the court was apparently unable to comply with Ms O’Flynn’s request, although he himself raised the question of the composition of the court at the first place.

No grounds for a full hearing

In February 2020, the court decided that there was no need to hold a full hearing. The reason for the dismissal of the complaint for perjury of his signature was as follows: “Given the time that has elapsed since the alleged misconduct, it would be oppressive and unfair to conclude that there is a prima facie case of misconduct on the part of respondent counsel for investigation.

The claim that Mr Moylan misled Ms O’Flynn’s new lawyer was dismissed for ‘insufficient evidence’. Notable was the “time elapsed” reason for not fully investigating the perjury. The complaint was not about a single incident, but a whole pattern spanning 14 years to 2011. Ms O’Flynn only became fully aware of the incidents in 2014. Although the SDT made its decision in February 2020 , Ms O’Flynn was not told until June, some five months later.

“I was appalled by the result,” she said.

She was told she had 21 days to appeal.

Decisions of the SDT can only be appealed to the High Court, which carries the risk of huge legal costs. Due to the financial burden involved, Ms O’Flynn felt the only avenue open to her was to represent herself in the High Court.

She managed to gather documentation, including an affidavit, and appealed the last day allowed. The hearing was scheduled to take place on December 16, 2020.

Two days before the hearing, she received correspondence from a major Dublin law firm representing the SDT.

“I received what I thought was a very intimidating email,” Ms O’Flynn said.

“They wanted me to confirm that I would not bring a complaint of perceived bias against the court in the High Court and that if I did not give them full confirmation of this they would reserve the right to seek injunctions requiring me to pay his legal costs. I thought it was very heavy.

“They had months to review my documents but they gave me, a lay litigant, two working days and wanted an immediate response. So I found myself facing two formidable legal teams, one acting for the SDT and the other for Mr. Moylan. I found that extremely stressful.

At the High Court, she presented her case for an hour and a quarter before Judge Richard Humphreys.

He concluded that, on the two most important grounds of her complaint, the perjury and misleading of her new lawyer, she was entitled to the full hearing which she had been denied.

The judge’s decision was quite damning.

“The fact that the two questions [the two grounds] in which I believe there was prima facie evidence relates to questions of honesty and also goes far beyond “he said, she said” and has documentary evidence, means that the question of the lapse of time is less decisive than the case might otherwise be,” Judge Humphreys said.

“The fact that the appellant was taken aback by the alleged fraud which she claims was facilitated by the false testimony of documents, also reduces the relevance of the delay. She didn’t find out about it until much later, so she can’t be held responsible for any delays prior to that time.

“Further, while I am wrong in not having to identify an error in the tribunal’s approach, I would consider that the appellant has satisfied me that there are serious and significant errors by the tribunal justifying the court intervention.”

“I felt like I was pushed into a corner,” she said. “I never wanted to go to the High Court but it was the process the court used that prompted me to appeal. I had a major issue with the way they handled my complaint.

She then wrote to the SDT, expressing her disappointment at the way the case had been handled and asking why, after asking for the South Munster lawyers to be excluded from the hearings, two were so close to Mallow. She received no response.

After being referred to the SDT by the High Court, the case was heard at the body’s premises in Dublin for three days in November, February and April. By then, Ms O’Flynn had retained legal representation.

Cross-examining Mr Moylan, Ms O’Flynn’s lawyer, Maura McNally, asked him to explain to the court her interpretation of the word ‘witness’ and its application to legal documents.

“Do you now accept that it’s a lie?” you weren’t present when you signed there and said: I, John Moylan, witnessed the signing of Deirdre O’Flynn?

He replied, “I was, but I believed the signature to be genuine and had no reason to believe otherwise.”

The cross-examination continues: “So you weren’t there, it’s a lie, your signature is a lie when it says you saw it?”

“I had a sincere belief that it was his signature.”

The court found Mr Moylan guilty of professional misconduct for perjury, but not for misleading Ms O’Flynn’s new lawyer.

The court is currently dealing with complaints that were filed before October 2019, when a new system, under the auspices of the Legal Services Regulatory Authority, came into existence. Complaints of misconduct will now be dealt with by a new body, the Legal Practitioners Disciplinary Tribunal.

The new tribunal will have a lay majority and a lay president.

the Irish Examiner submitted questions to the SDT about its inclusion of Cork area lawyers in its initial hearings and the four-month delay in advising Ms O’Flynn that the preliminary hearing had decided not to grant a full hearing.

He said he does not comment on individual cases.