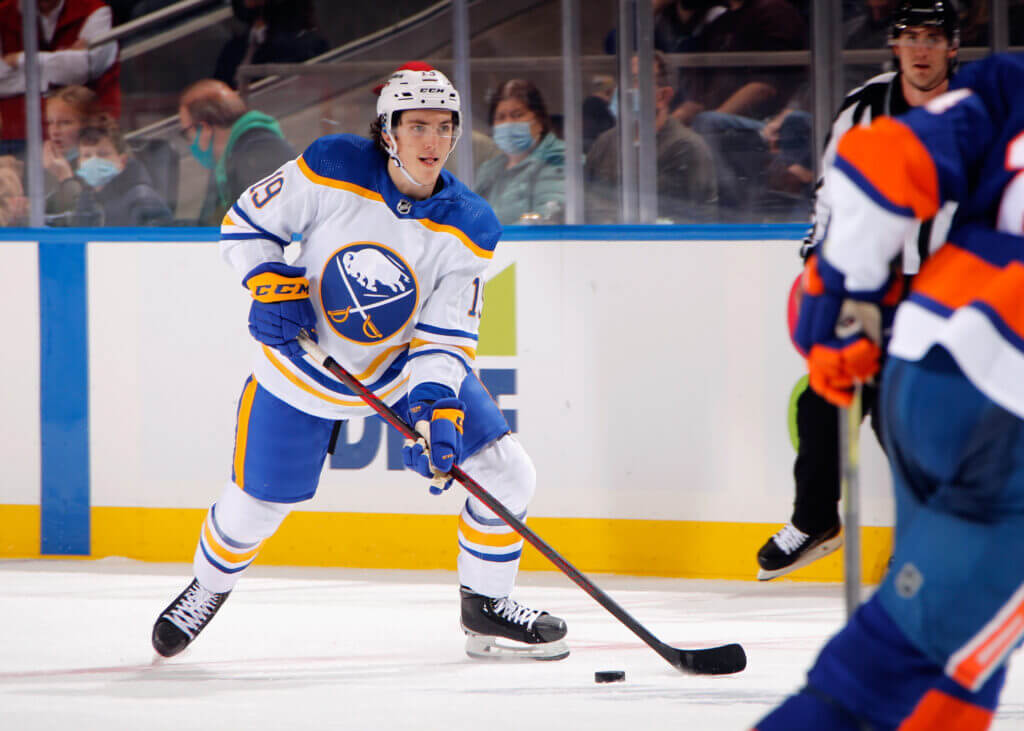 At 5, Peyton Krebs wasn’t just good at hockey. He was unstoppable. The kid could do whatever he wanted.

While his daily hat tricks were excellent, Krebs had particular momentum helping others to score.

â€œI had a buddy, he was always smaller on the ice,â€ said the Sabers center on Monday. â€œI would tell him to go and stand next to the other goalie. I was skating and passing the puck. He would have a backdoor, and everyone would be so excited because the little guy scored.

“I just had this excitement to come by and have everyone excited that their kid scored.”

Some things never change. The 20-year-old still enjoys being the passer, which he proved by scoring Alex Tuch’s first goal on Buffalo despite being at close range.

â€œI’m not really surprised he did that,â€ Tuch said. â€œI saw him do it in training. This backhand pass is deadly.

â€œHe doesn’t even look. He made everyone look in the wrong direction and he found me wide open. I thought he had everyone – not just on the ice, but in the stands, the cameras even – looking that way.

His teammate Dylan Cozens, who was sidelined due to COVID-19 protocols, was among those watching the net instead of Tuch.

“I was shouting on the TV, ‘Shoot this, Krebsy! Shoot it! Cozens said. â€œI want to see him score his first goal and then he makes this beautiful game. I was just looking at the screen like, ‘Wow.