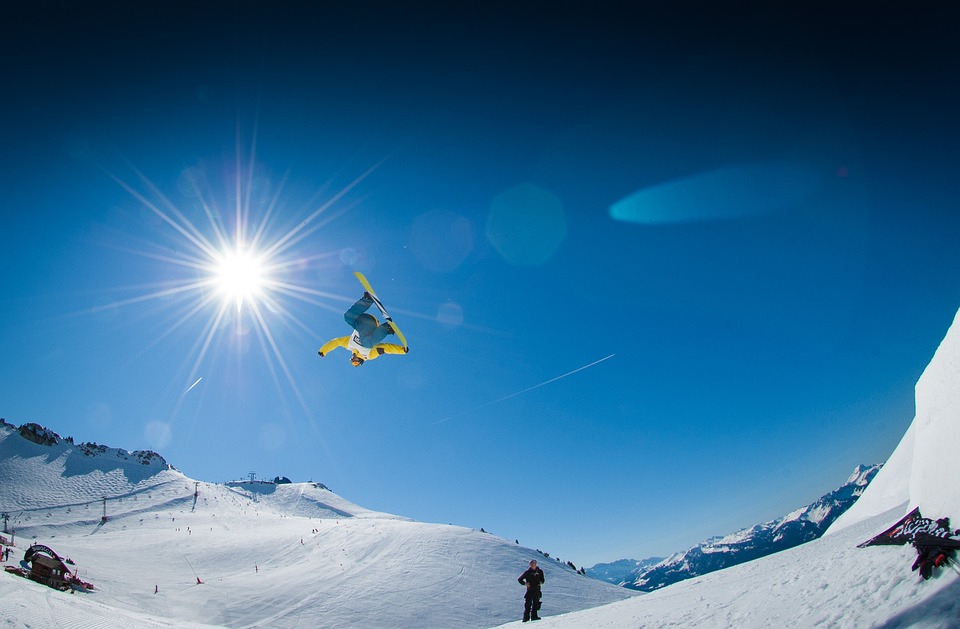 A British Olympian who hasn’t had a summer in almost four decades has joined Australia’s premier team managing ski resorts and alpine facilities in one of the hottest places on earth.

A magnet for elite snow and ice athletes, WSW will be a training ground for nine Olympic sports – alpine skiing, freestyle skiing, snowboarding, figure skating, ice hockey, speed skating, curling with the possibility of catering for cross-country skiing and biathlon.

Site developer Peter Magnisalis said: “I don’t think it’s a stretch of the imagination to think that Winter Sports World will become one of the top 10 high performance training centers in the world.

“Stephen’s involvement adds international credibility and attention to development as a sports venue for elite competition and participation. We are very lucky to have him on board.”

He began talks four years ago with Edwards, who represented Britain in alpine skiing at the 1992 Winter Olympics.

Edwards, who lives in Australia but works around the world, was instrumental in setting up and ongoing operating programs for the UK’s first snow center (Snowdome) at Tamworth in the mid-1990s .

He has been involved in snow sports coaching for over 30 years, including World Cup coach for Australia and Denmark, national team coach for England, director of the European development program and Excellence and Head Coach of Perisher Winter Sports Club and Mt Buller Race Club. .

Edwards is a former Snow Sports Australia national team manager, an England snow sports tutor and the athletes he has trained have had success at the highest level including World Cups, World Championships world, Olympic Games, Youth Olympic Games, international children’s races and national champions in alpine skiing and snowboarding.

“I was like, ‘Why hasn’t anyone done this in Australia before?'” he said. “It’s a perfect place and Aussies love the snow.”

Adventure attractions, iFly indoor skydiving, Cables Wake Park at the nearby Penrith Panthers site, numerous golf courses, rowing on the Nepean River and more complete the city’s claim to be the ‘Adventure Capital of NSW’.

Winter Sports World will remove the disadvantage of Australian snow and ice athletes who currently have to decamp for months every year to expensive overseas training facilities, far from their support networks.

“Athletes from almost every country in the world train at indoor centers,” Edwards said. “It secures their time on the snow so they can focus on technique without variables like weather and track conditions.”

However, the development will be accessible and affordable to all, with learn-to-ski/snowboard lessons, school and community group excursions and occasional visits from locals encouraged.

While Australia has over a million regular winter sports enthusiasts in NSW resorts alone, including around 700,000 in Sydney, a further 4.5 million people don’t ski because they can’t access the snow.

“It’s just too hard for them to go or too expensive, so they haven’t been introduced to it,” Magnisalis said.

Winter Sports World will accept Government Active Kids vouchers of $100 twice a year available to all school-aged children in NSW.

The site will help increase participation in snow and ice sports throughout the year and become a channel for its governing bodies to establish a program.

Growing up in the UK with access to a dry ski run only, skiing was a challenge for Edwards, who started the sport aged eight.

“If I wanted to get to the top level competition, I had to switch to snow,” he said.

“At 16, I had to make a life-changing decision to follow my dreams and moved to the French Alps on my own.

“I haven’t had another summer without snow until Covid took over the world in 2020.”

World of winter sports
Located in Penrith, at the foot of the Blue Mountains in New South Wales, Winter Sports World will be Australia’s first indoor winter sports resort and alpine facility.

Using real snow, the $300 million development will include:

Winter Sports World is also expected to generate 900 new permanent tourism jobs after construction and inject $80 million per year into the local economy with 250,000 visitors per year.

Currently a 2.35ha horse paddock located in the bustling tourist area of ​​Riverlink in Penrith in western Sydney, the site will also include a Winter Wonderland snow play area, conference and banquet facilities.

The development’s carbon-neutral design by renowned green architecture firm Environa Studio will set new environmental benchmarks for building with features such as the most advanced technology to capture and reuse free heat, a rooftop solar system for electrical power needs, insulation systems, non-toxic cooling and roof water harvesting for snowmaking.

A major state development application for Winter Sports World is expected to be filed with the NSW Department of Planning, Industry and the Environment by mid-year.

Construction will hopefully begin next year, with Winter Sports World set to open in 2025.

/Public release. This material from the original organization/authors may be ad hoc in nature, edited for clarity, style and length. The views and opinions expressed are those of the author or authors. See in full here.