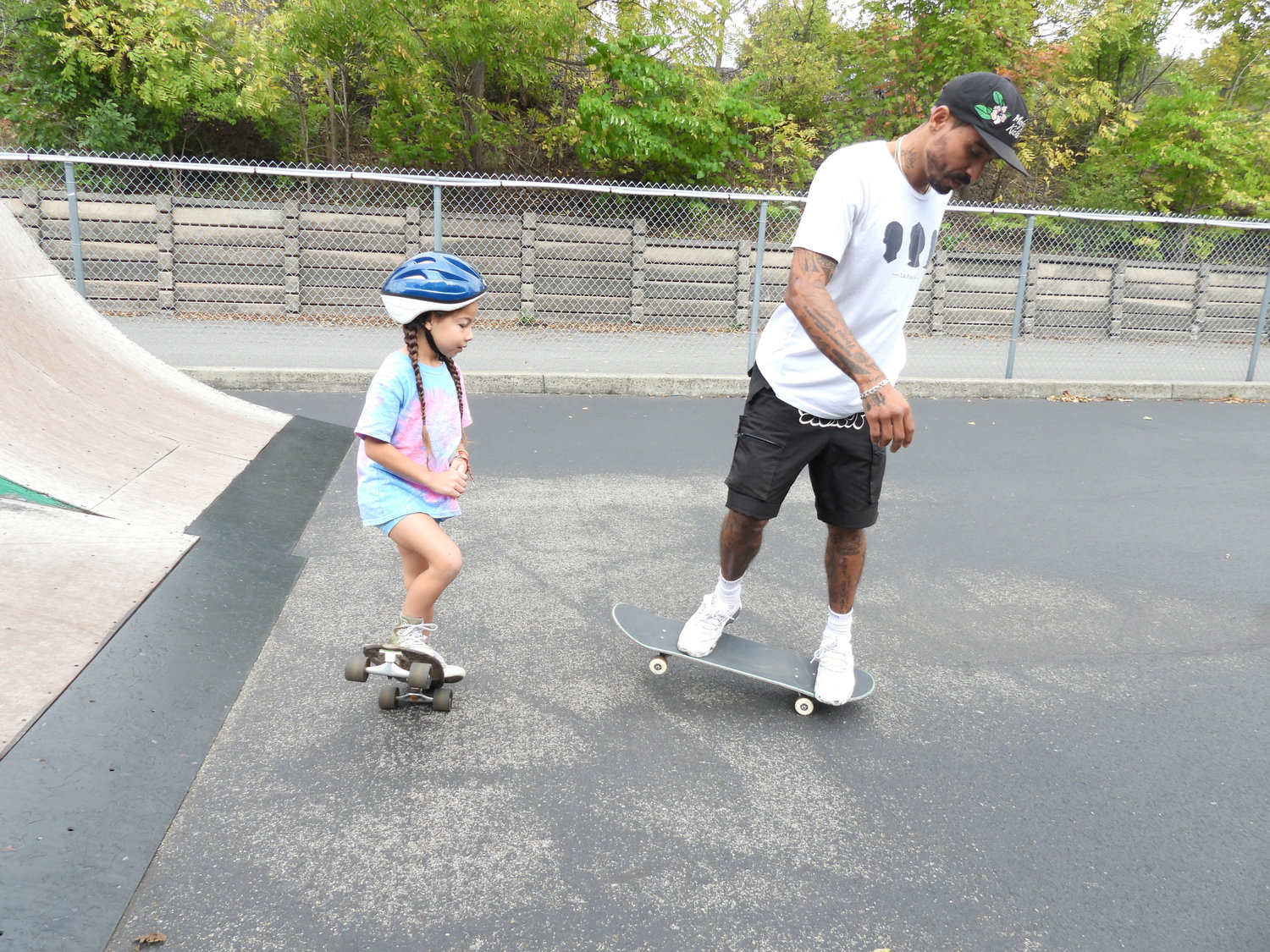 CANASTOTA — The Lenox Skate Park was buzzing when Olympian and pro skateboarder Emanuel “Manny” Santiago came to shred and teach the next generation of skateboarders.

Born in Cayey, Puerto Rico, and raised in Lowell, Massachusetts, Santiago became the first Puerto Rican street skateboarder to place in the top three at the X Games after finishing third in the final in Barcelona. He represented Puerto Rico at the Tokyo Olympics in 2020.

Nicknamed “Manny kills everything”, the Olympian is a positive and cheerful skater who loves teaching young skaters to just learn their boards.

Santiago explained to several children the basics and how to improve their form at the Skate Park.

It is not the first time that Santiago teaches. He was invited to Woodward Camp in Pennsylvania, where he taught groups of children alongside Dave Bachinsky.

“His fun and positive attitude, combined with his technical and elegant skating, makes him one of the camper’s favorite special guests,” Woodward Camp officials wrote in a 2019 post.

“The development of young people through sport is at the heart of the work of the Manny Santiago Foundation. With my partner Bert Correa, I am dedicated to providing life development skills as well as social and emotional learning opportunities, through skateboarding, running and other events to all of our youth,” Santiago said.

The number of young skaters at Lenox Skate Park exceeded the number of teenagers and young adults shredding the ramps and bowls.

The stereotype exists in popular media of authoritarian parents despising their child’s skateboarding, seeing it as a form of rebellion. But Cazenovia’s father, Mark Kutik, said it was important to support your children’s interests and not only encourage but also support his two sons’ hobbies and sport.

Kutik’s sons Jacsen, 14, and Oliver, 10, are avid skateboarders, each inspiring the other.

Jacsen has been skateboarding since he was four years old, and his life path might have been completely different if he hadn’t been to the mall.

“Her mother wanted to take dance lessons,” Kutik said. “The dance studio was in the Shopping Town mall, and I went there the week before to attend one of the classes before he left. And there was a skatepark in the mall. So we stopped and the owner asked how old Jacsen was, and when I said four, he said, “That’s great, we teach four-year-olds on Saturdays and Sundays.”

And from there, Jacsen found his passion and excelled at it. “He won a 15-and-under competition at Onondaga Lake Park when he was six years old and hasn’t stopped since,” Kutik said.

Kutik said skateboarding is a bit different, but that’s not a bad thing.

“You don’t need a journey for a kid to become a millionaire doing something,” Kutik said. “Skateboarding, like most sports, consumes everything you do as a kid. If you know a kid who’s a hockey player, that’s how they identify. So as a parent, whatever your child is passionate about, you want to support them as best you can.

“You want them to be fun and passionate,” he added.

And at the end of the day, fun and passion are what matter most to diehard skaters like Santiago.

“There’s something special about seeing kids happy and outside to be present in the moment, places like the skate park allow us to express ourselves and really be ourselves,” said Santiago. “Seeing how much fun the kids were having reminds me that life is amazing, I was just as happy and present the day we all got together. It will be something that will stay with me for the rest of my life, I’m excited to come back and do it again with the community.

“We can’t thank MJ Schenandoah, Dion Putaski, the Oneida Indian Nation, the City of Canastota, Lenox Skate Park and all of the lovely families and friends enough for their help with Saturday’s event,” he said. added.