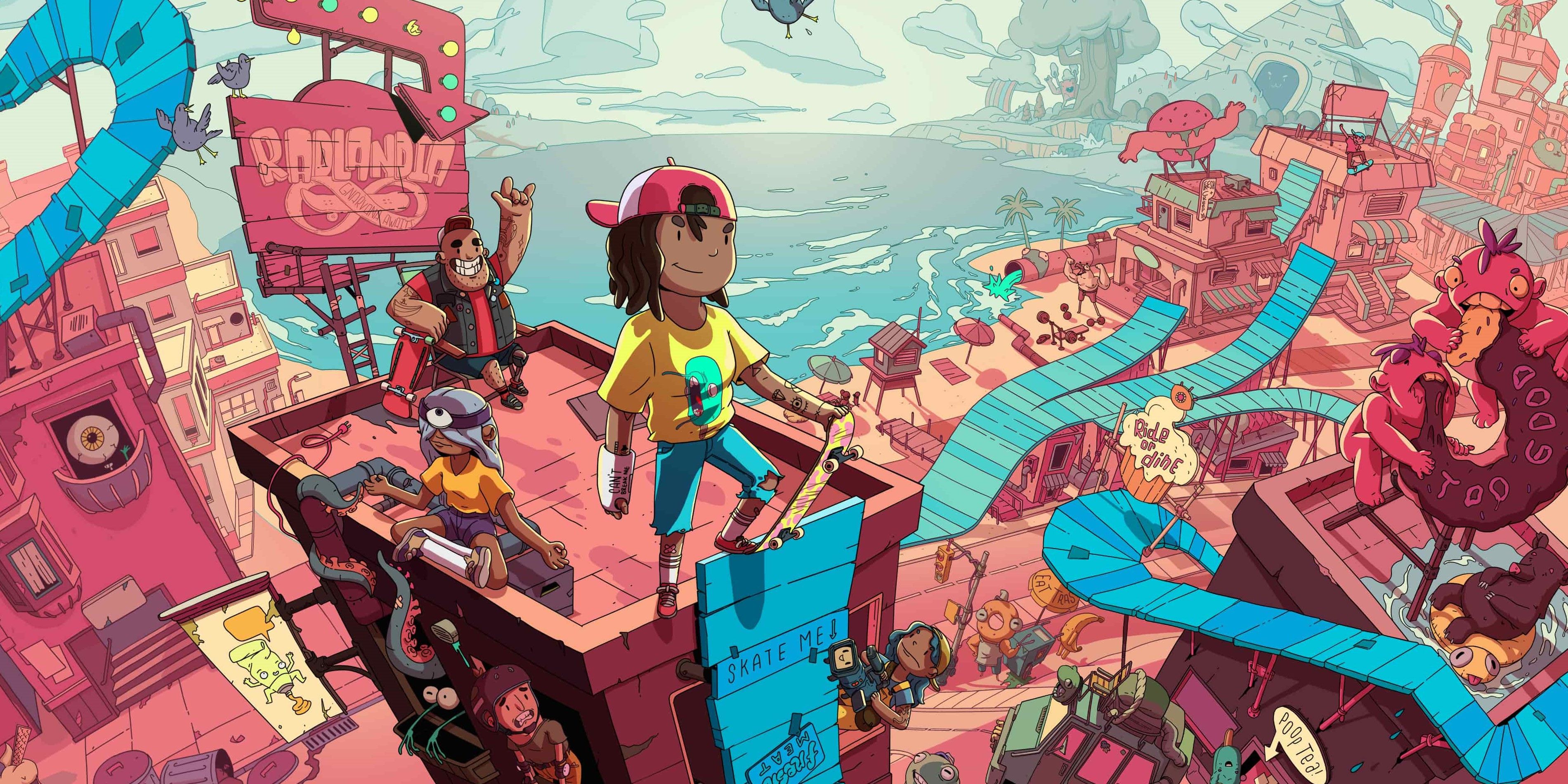 OlliOlli World Trailer takes you on a tour of the skating game world, Radlandia

Playstation released a trailer for the upcoming game OlliOlli World. The video does not feature any gameplay, but instead gives us a glimpse of the world the skateboarding game will take place in. It is developed by Roll7 and published by Private Division.

The trailer begins by showing a character getting ready to skateboard through Radlandia, with one of his friends ready to record. Once it starts, we get a good look at the town, along with plenty of locals, including a bird driving a car, a frob with a briefcase full of slime, and two people who are ice cream cones. The character jumps up a large ramp near the end of the trailer, punches a large figure staring at him, and lands for the whole town to cheer on.

COLLIDER VIDEO OF THE DAY

OlliOlli World is a 2D skateboarding game, and is the third game in the OlliOlli series. The game takes place in Radlandia, where the player can meet the various characters who live there and undertake side quests, while trying to discover the gods of skateboarding and find Gnarvana.

Unlike the previous two games which were pixelated, the third entry features an entirely hand-drawn style. As you progress through the levels, you’ll attempt to achieve high scores by assembling various tricks to achieve combos and introduce new features to the franchise such as quarter pipes and branching paths. Once you get a score you’re happy with, you can challenge your friends to beat your spins and scores in one of the many shareable levels. You will also be able to customize your character, modifying its appearance, its tricks and even its style.

The game will launch on February 8, 2022 and will be available on Playstation 4, Playstation 5, Xbox Series X|S, Xbox One, Switch and PC. If you pre-order the game, you’ll get items to customize your character, including a Bunnlord Head mask and full hero outfit and skate deck. You can check out the cinematic trailer below.

The project is one of two adaptations of King currently in the works by Blumhouse.

Rafael is a news writer for Collider, a lifelong streamer and gamer.