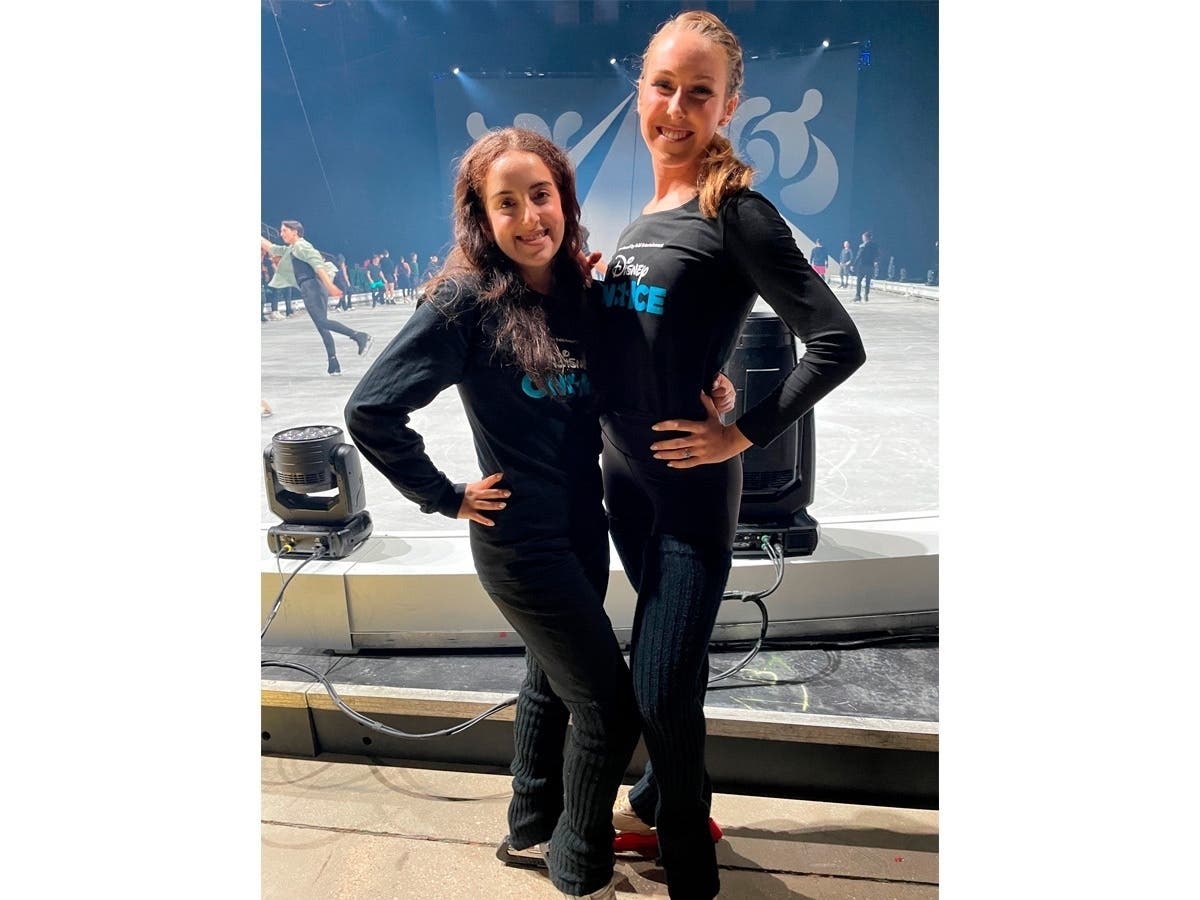 FAIRFAX, VA – Jenna Teplitzky began her skating career at Fairfax Ice Arena when she was just 6 years old. Her home was close to the Pickett Road facility and Woodson High School, from which she would later graduate.

“I lived within a diameter of about three miles at the most of all these places,” she said. “It was really about convenience for me to start skating. It was something where I could be productive on my own, get dropped off, skate hard and get picked up.”

Growing up in Fairfax, Teplitzky performed with Ashburn-based Capital Theater on Ice and skated on rinks all over northern Virginia and Maryland.

Teplitzky is still skating at 23. In fact, she’ll be skating in front of hometown audiences this weekend as an ensemble performer in Disney On Ice’s touring production of “Frozen & Encanto” at Eagle Bank Arena.

Based on the Walt Disney Animation Studios “Frozen” and “Encanto” feature films, the Disney On Ice production offers audiences a chance to see Anna, Elsa, Mirabel and the Madrigal family live. Plus, Mickey Mouse, Minnie Mouse, Donald, Goofy and more will appear.

On Thursday afternoon, Teplitzky and Sydney Kosiak, a 21-year-old skater from Boston, Massachusetts, answered questions while their fellow cast members rehearsed and got used to the ice at Eagle Bank Arena.

Patch: How long is your tour? Is it just a winter season or does it work all year round?

Kosiak: Not necessarily. There are many tours throughout the year, all over the world. So for us on “Frozen & Encanto,” we started rehearsals on August 1, and then we opened in Sunrise, Florida.

Kosiak: Our tour lasts until May and we have a different city every week. Sometimes we spend more than a week in a city. We will go from one city to another and then return to this first city, depending on what the room has in store for us. So really, every week is a new place, a new city, a new place.

What’s the most fun thing about being on tour with Disney On Ice?

Teplitzki: The most fun thing for me is our weekly classes that we do with our performance director and our line captains. … This is a time for all of us to define ourselves as a skating community in each venue we arrive at and get used to the ice. Because ice cream is a little different everywhere you go, depending on factors beyond everyone’s control. So as a class we can do these exercises and check.

Kosiak: The most fun thing about being on tour, I would say, is just seeing all the places and going to places in those cities you’ve never been to. I’m lucky to be from the East Coast, so I was able to help my cast friends find the right restaurants and places to explore, the right museums. But I’m really excited to go to cities I haven’t been to.

When you arrive in town, do you skate every day?

Teplitzki: Nope. We are guaranteed one day off per week. But there are also loadouts, which is when the team members build the set and often when there is no ice at home, there is also ice that is built for us. So while they do extreme work, we explore, take naps, pick up shows from the past weekend.

As an ensemble member, how many costume changes do you do in a show?

Teplitzki: That depends on the day. What’s cool about every Disney show is that when it comes to the cast members, we have to know every role we could possibly play, so we can be on the ice, ready for the show, in an instant and the audience can’t tell the difference.

In the audience of “Frozen & Encanto”, there may be young skaters who may want to take part in a show like this one day. What advice would you give them?

Teplitzki: I would challenge skaters to think about non-traditional types of skates. We have all seen the beautiful Michelle Kwan type skating at the Olympics, the artistry and the jumps. But at Disney On Ice, we have all types of skaters. We have people doing stunts, tricks and ice gymnastics. In other shows, we have hockey players doing stunts on hockey skates. There are so many creative ways to use ice skating to tell a story you wouldn’t necessarily think of inside the box of Olympic skating.

I encourage skaters to just use their creativity, test their skills outside of what is traditionally figure skating, but also follow up. This is the most important advice I can give to a skater interested in professional skating, is to follow up wherever you apply, because you never know.

Disney On Ice will present 10 performances of “Frozen & Encanto” through Monday at EagleBank Arena at 4500 Patriot Circle in Fairfax.

Tickets can be purchased online at DisneyOnIce.com.

Get more local news straight to your inbox. Sign up for free newsletters and patch alerts.