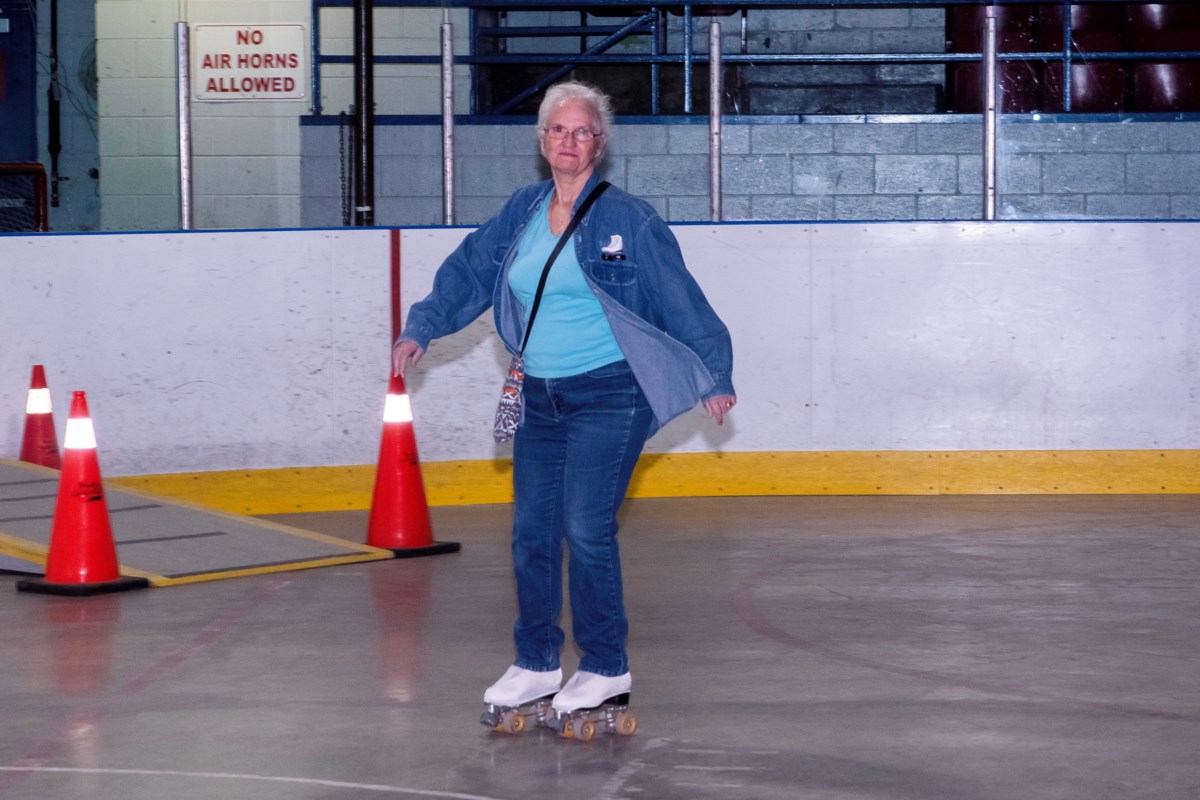 Bradford’s Rosemary Williams was once a competitive roller skater at the time and continues to do so quietly on local roller skating.

Rosemary Williams, a seventy-seven-year-old from Bradford, loves roller-skating and shows no signs of slowing down anytime soon.

Williams’ father and aunts were avid skaters with the John Inglis Club.

In 1961, her aunt gave her a pair of used roller skates that launched her onto the Toronto roller skating scene.

Williams remembers learning her first steps while riding to the cornerstone of Cabbagetown where she grew up.

“I remember standing there trying to move my feet and the cars that were speeding by, and I was standing on top there and practicing skating backwards,” she said. . “My dad was really happy that I got into roller skating because he liked it, I liked it; you meet a lot of people.”

She spent hours at Toronto-area skating clubs like The Terrace, Mutual Arena and Wheelies working on her tricks and techniques.

Once she had her own job in the 60s. Williams was able to buy her brand new pair of Snider Douglas Deluxe roller skates for $100.

“And those are the skates I still have at home with the leather peeling off,” she laughed.

These are the same skates she uses when she rollerblades today with the Bradford Pop Up Roller Skate group which was started earlier this year by Bradford resident Tracey Stanway and runs every Friday night at the community center of Bradford and the district.

When Williams first heard about the local skate pop-in, she was eager to sign up.

It had been about 10 years since she had been on skates, but she was determined and excited to get back on it.

“The first night I spent two hours on my skates, my feet were killing me,” she said. “My feet changed and (I had to) get used to the ground and regain my balance.”

Williams says the best type of floor to skate on is hardwood.

“You get good traction out of it and you feel more relaxed,” she said.

Williams has lived in Bradford since 1986 and is an active senior. She enjoys being busy attending events at the Legion, visiting friends at the Casino once a week and spending time with her children and grandchildren. Her husband Walter passed away a few years ago. He always supported his passion for skating, watching in the stands. Coincidentally, his father was also active in the world of roller skating.

When asked how she maintains good physical health to keep skating, Williams says she takes calcium every day.

She thinks roller skating is making a comeback because it’s getting people out after being locked indoors for two years due to the pandemic.

“It was so much fun and that’s what I did growing up, even when I got married and had kids,” she said. “It comes back, it comes back a lot. With the pandemic, people haven’t been able to do much and if you want to go out and exercise, you can skate.”

Although she is happy that a new club is located within walking distance of her home, she hopes to see more rinks open in the future for others to enjoy.

Williams is looking forward to the next season of the Bradford Roller Skate Pop Up which restarts in the fall.