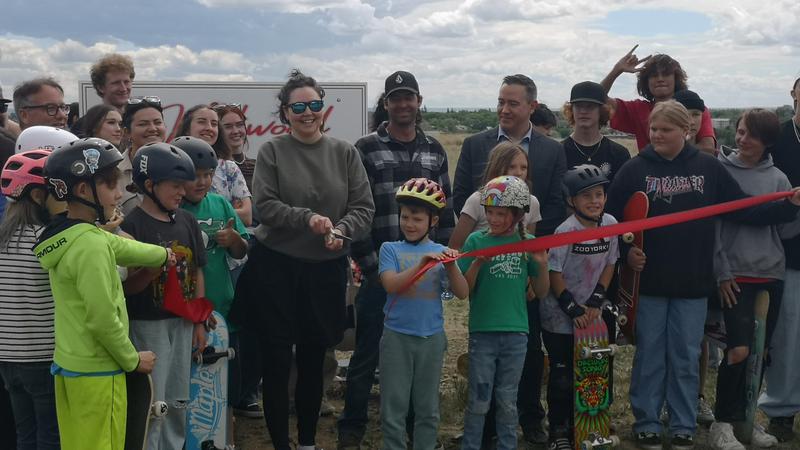 “We’ve had a long-standing relationship with the Medicine Hat Skateboard Association, ever since we first donated money to Kinsmen Skate Square. When they came to us for this project we were beyond excited to participate as the students and children who participated have always been fantastic at raising funds for all of their major projects and we wanted to show our support for them and to the fitness aspect of this activity.

The Hillwood Skatepark is the second integrated skate spot in Medicine Hat, after the one installed at Saamis Rotary Park. Chris Nickel, vice president of the Medicine Hat Skateboard Association, said his goal is to bring more into the city, so every neighborhood has a place to skate.

“Obviously we have the Kinsmen Skate Plaza in Kin Coulee. It is a very central location. But not all skaters have that easy access to it,” Nickel said.

James Will, Director of Parks and Recreation for the City of Medicine Hat, says the construction of the skatepark is a testament to the evolution and popularity of skateboarding in the city.

“I think skateboarding has always had a bad reputation. This group behind us, they maintain the space, they sweep it, they make sure it’s clean. Same at Kin Coulee,” Will said.

“It’s really a fun group to work with, and they really care about the kids,” added Will.