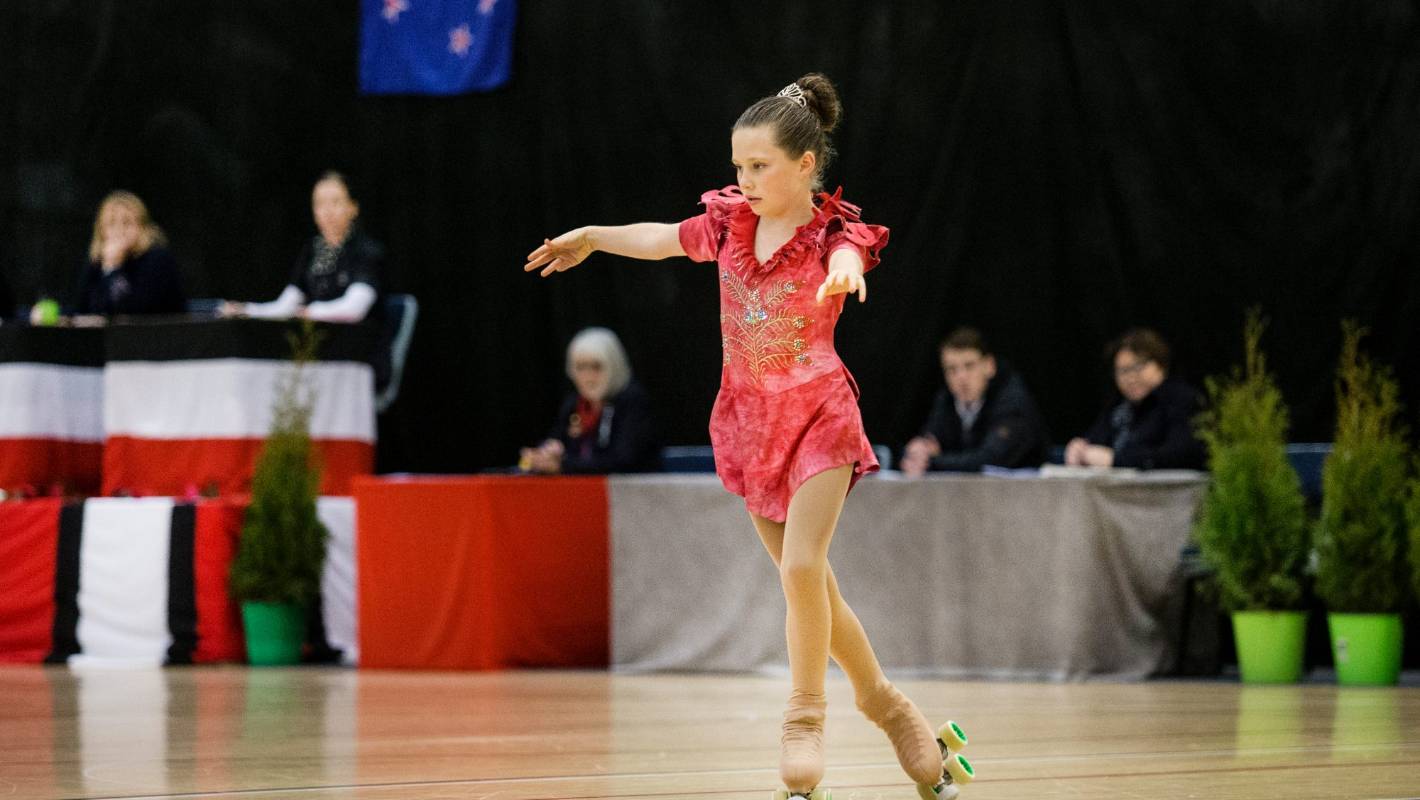 There were jumps, twirls and dozens of tricks as the National Roller Figure Skating Championships kicked off Tuesday in New Plymouth.

With 200 competitors of all ages coming from all over New Zealand for the weeklong competition, the TSB Stadium was packed with colorfully dressed participants and the stands were packed with enthusiastic teammates and parents.

â€œYou show your theme with certain movements,â€ she said.

“Like at one point, I went down and pulled out a wand.”

Artistic President and Event Manager Margaret Grant said it is important to show a theme and that five judges deliberate on each competitor’s technique and flair.

â€œIt’s all about technique and artistic flair, that’s the gist of how they’re judged,â€ she said.

“There are so many levels and styles that sometimes it’s hard for parents to keep track.”

Grant said free skating was often popular with spectators because it featured plenty of jumps, spins, and other tricks to keep the masses entertained.

â€œA good number of the contestants here are members of the Oceania squad which faces Australia in September,â€ she said.

“So the quality here, I think, is going to be really exceptional.”

Charlotte Edwards, 10, said she attended last year’s National Championships, also held in New Plymouth, and was inspired to pick up the skates after watching.

â€œSometimes remembering my routine can be a bit difficult, so today I’ll really try to remember,â€ she said.

“I feel a little nervous but mostly just excited.”

Edwards coach Sarah Hails said the key to coaching a roller skate team is tailoring your training to the individual.

“Some people are not that enthusiastic about it, so they do the dance competitions which are more thematic skate dances.”