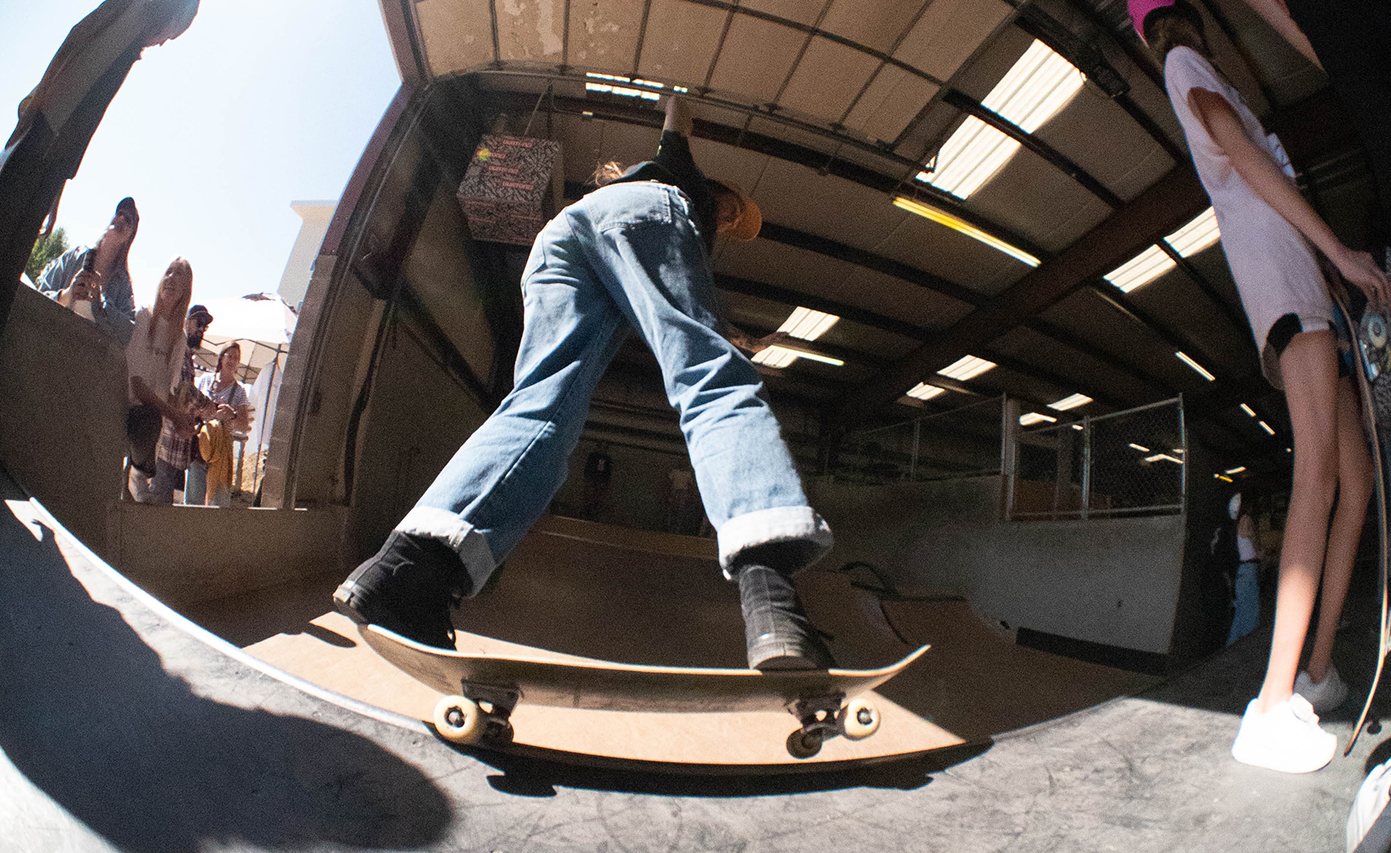 
While 2020 has been a tough year for most, two girls named Jess Harper and Michelle Tierney made the most of it and started The Rose Club in Ogden, Utah. The Rose Club is a women-focused group whose goal is to empower women through skateboarding by providing a safe community and environment for all. Today, the Rose Club has become a staple of the Utah skate community.

In the first week of October, the Rose Club hosted their second annual Thorn Bowl, a women’s skating event celebrating the end of their weekly summer meetups. The event took place at the Crossroads Skateshop in Ogden and was open to women of all skill levels and ages. The judges present were icons of local skateboarding Lina Moeung, Kallie lowery and Taylor Lundquist.

While the event primarily showcased the thriving female skateboarding community, it also shed light on many emerging small female-owned skateboarding businesses, such as Dhonka Hardware, Dad Skates and Skate La Palma as well as non-profit organizations like Save a brain and Go forward. To top it all, Lucky Slice Pizza pizza provided to ensure all skaters were fueled and ready to skate.

The event was split into two divisions – amateur and pro – with two rounds for each division. There was no limitation on what could be skated, and the entire course was open to each girl showing her tips. Once the playoffs started the girls were focused and competitive, but you could hear laughter and cheering among this community-driven peer group. After the final round, the Rose Club announced the winners and did not hesitate with the prizes and trophies. Lovingly crafted, the trophies were hand-made sculptures of a rose painted in bronze, silver, and gold to signify third, second, and first place respectively. Katie Morse won first place for the Pro division, Lena Garrido for the amateur division, and Candice jackson won the overall best lap for a 5050 backside on the steepest, highest quarterpipe in sight.

The success of the Rose Club thorn bowl was felt throughout the community, and the event is sure to become a highlight of the Utah skate scene for years to come.