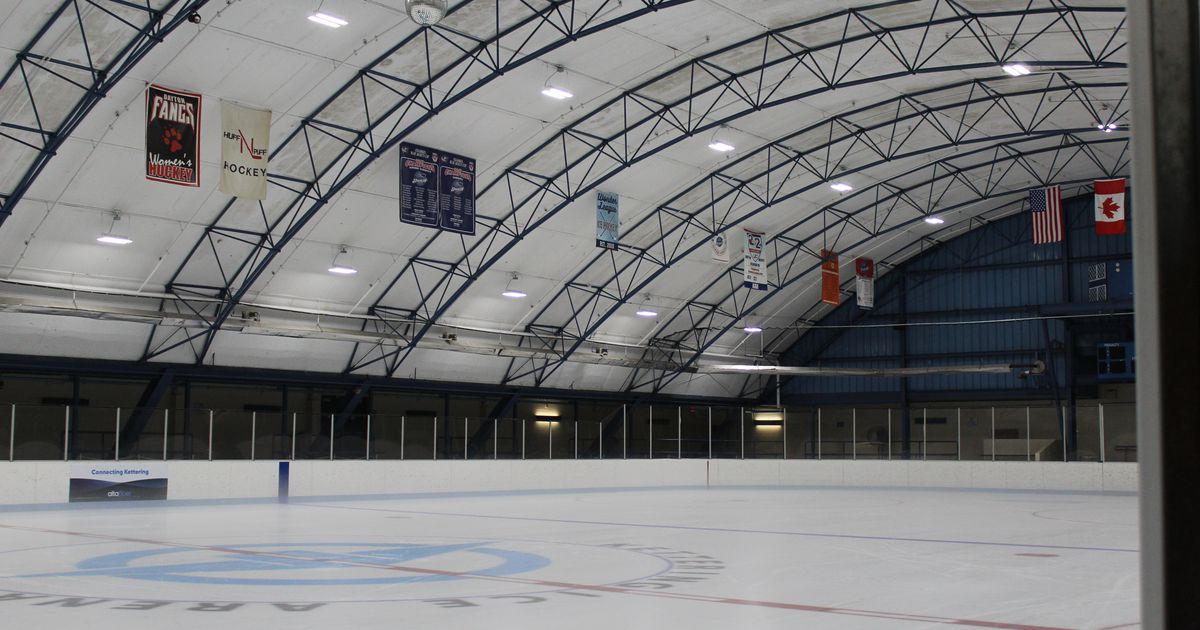 “There’s nowhere else here where you can buy skates and get them fitted properly,” Habart said. “We would have to go to Cincinnati or Columbus to equip ourselves. Now this can be their one stop shop.

Habart said he’s wanted to bring a pro shop to the arena since becoming its manager in 2019. For 18 years, he worked at Ohio State University’s ice rink and ran a pro shop. He remembers people from the Dayton area coming to Columbus to gear up and wanting to bring that here.

The ice arena opened in late August after teams spent two weeks building the ice. Habart said the process involved crews cooling the ground enough to be able to freeze multiple layers of water on top. Once the ice is thick enough to support the weight of the Zamboni, the arena is ready to open.

Habart said the arena is usually open during the first week of May. Daily admission is $4 for residents and $8 for non-residents. Skate rental is $3.

ExploreGeorge’s Family Restaurant has new owners: “We just want to preserve the American restaurant that it is”

With arena season in full swing, Habart said he looks forward to bringing more people to the arena this season.

“Everyone has to start skating somewhere, so just bring them into the building to experience one of our open skates or even if it’s just signing up for lessons, just to get someone actively involved in the sport,” Habart said.

The arena will feature Halloween-themed skating on Saturday, October 29 from 1:45 p.m. to 3:45 p.m. Habart said people can dress up and skate while listening to spooky music. They will have candies and other fun activities for children and families.

For more information on the Kettering Ice Arena, visit www.playkettering.org/ice-skating-facilities/.