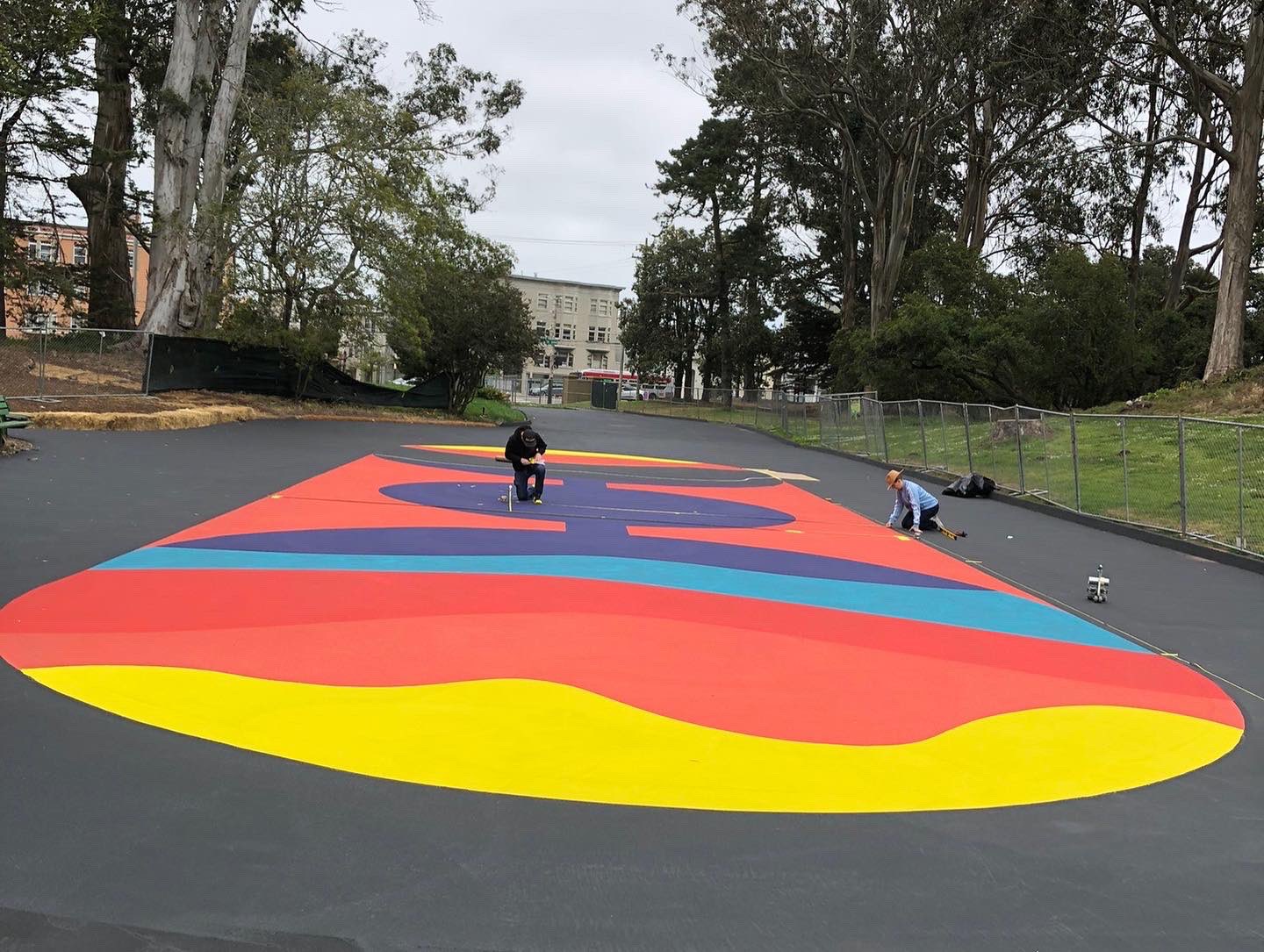 A some sections of Golden Gate Park near Sixth Avenue has been famous for its Sunday afternoon roller-skating and roller-skating parties for decades, but there was no skate party last Sunday. And there probably won’t be a skate party for the next six to eight Sundays. That’s because a psychedelic mural of roller skates is installed in the skate area known as Skatin’ Place, as Hoodline reported in December that the mural had been approved by SF Rec and Parks.

A few pictures of the progress of the past week on the Skatin’ Place mural! It’s by longtime Bay Area artist and skater @WCrollerskate. The design pays homage to San Francisco, Golden Gate Park and the park’s roller skating history. Stay tuned for more photos as we get closer to the end! pic.twitter.com/9PRyIU2rzB

— San Francisco Department of Recreation and Parks (@RecParkSF) May 31, 2022

Now the paint is finally hitting this popular patch of asphalt. As seen above, SF Rec and Parks tweeted some pictures on Monday, saying, “A few progress photos from last week on the Skatin’ Place mural! It’s by Bay Area artist and longtime skater @WCrollerskate. The design pays homage to San Francisco, Golden Gate Park and the park’s roller skating history.

This artist is actually based in Redwood City Aimee Bruckner Stevland who posted an additional video of the mural being painted. “Things are getting colorful at Skatin Place on 6th Avenue in San Francisco!” the account tweeted on Friday. “The waves are breaking! Here is an overview of how color is applied for wall painting.

According to a Rec and Parks press release, the mural is expected to take “six to eight weeks to complete.” This should therefore be done in July and skating will resume as normal.

“This mural on 6th Avenue Skatin’ Place truly represents the contribution of rollerblading to the quality of life in San Francisco,” said David Miles, founder of Church of 8 Wheels and “Godfather of Skateboarding,” in the statement. “Generations have known the fun, the joy, the excitement of coming here to roller skate on a sunny Sunday afternoon. This mural is a big acknowledgment to those like me and many others who have worked hard over the years to keep the good times going.

Outdoor roller rink to open in downtown Denver in June