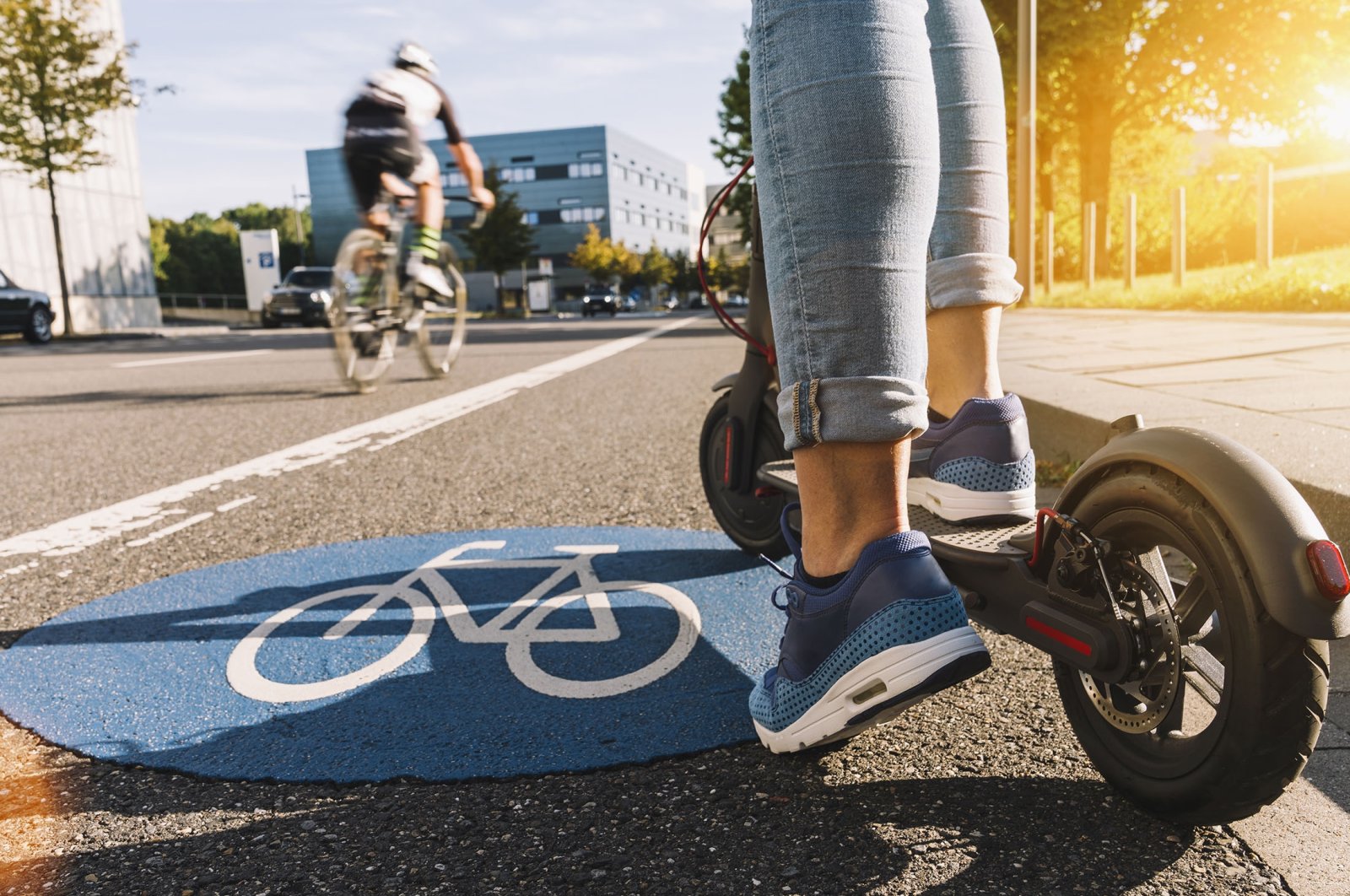 The transport sector has grown since the invention of the wheel with constant technological developments and advancements, which are particularly seen in the public transport systems of crowded metropolises.

So let’s take a look at the history and development of some means of transport we use today, including electric, air, land and sea transport, some with a wheel, some without a flywheel and some small enough. to fit in a bag.

Historians do not reach a full consensus on the invention of the bicycle, the best-known fuelless personal transportation vehicle, and advanced dates are debatable.

The bicycle was not invented by a single inventor but emerged as a result of many different efforts throughout history.

The first large-scale mass production of bicycles was carried out by the “Michaux Company” – founded by the 19th century French blacksmith Pierre Michaux who supplied parts for the horse-drawn carriage trade in Paris. The company was producing 140 bicycles a year at one point in history.

The interest in cycling caught the attention of many countries of the time.

In the second half of the 1800s, the French Ministry of Defense supported the production of bicycles, and bicycles made in 1871 were used in the war against Germany at that time.

There are many varieties of bicycles, such as road, mountain, electric, touring, city, off-road, tandem, horizontal, and work bikes.

This means of transport, which uses human energy, has found its place in transport, entertainment and also sport.

Cycling is popular around the world, but it’s a much more popular sport, especially in Europe.

The roller skate is a means of transportation – if you want to call it that – with wheels fixed under the bottom base that allows the person to move quickly when carried.

Today it is used for many purposes such as sports, exercise and recreation. Companies produce roller skates in many different models and designs.

The Dutch have been used to traveling on roller skates on the roads since the 18th century.

Belgian musical instrument maker Joseph Merlin went to England in 1760 and presented his new invention, the roller skate, at a distinguished meeting in London.

He won the attention and admiration of guests by playing the violin and roller skating.

However, when he crashed into a mirror because he couldn’t stop and turn around, the mirror and the violin shattered and he was seriously injured.

New Yorker James L. Plimpton invented the rubber-cushioned four-wheel skate in 1863. The wheels of early skates were made of boxwood and broke easily.

Later, steel roller skates that spin on ball bearings were made.

In 1829, 10 years after the invention of roller skating in France, the first roller skate race took place in England.

In various championships held in speed and figure skating, the greatest distance covered by roller skates in one hour is 45 kilometers (28 miles) and the record speed reached is 60 km/h (37 mph).

Roller skating became popular in England in the 1870s. But this interest only lasted a few years. The sport of roller skating, which received the greatest attention between 1909 and 1912, nearly disappeared with the development of cinema and the outbreak of the First World War; It was not revived until 1929.

In the 1970s, skateboards, similar to small roller surfboards, were widely used by young people around the world.

Today, the most common scooters are made of aluminum, titanium and steel. Some scooters designed for young children have three or four wheels, but the most common have two wheels and are plastic and do not bend.

Scooters have been handcrafted in industrial urban areas of Europe and the United States since the 1920s or earlier, often as playthings designed for children to ride the streets.

Skateboarding is an extreme sport and skateboards are used for this purpose. It is also rarely used for transportation.

It was invented after the mid-twentieth century by attaching wheels to wooden blocks in coastal California towns in the United States, by young people who couldn’t surf on windless days.

The skateboard athlete performs various acrobatic movements while balancing on the moving or stationary skateboard. Since its inception, this sport, whose popularity has steadily grown, has been practiced by many amateur and professional athletes in almost all corners of the world.

It has several categories such as freestyle or streetstyle.

The sport of skateboarding has grown into a huge industry, economy, and culture around the world with special footwear, apparel, and accessories along with the establishment and operation of skate parks and local and international competition organizations.