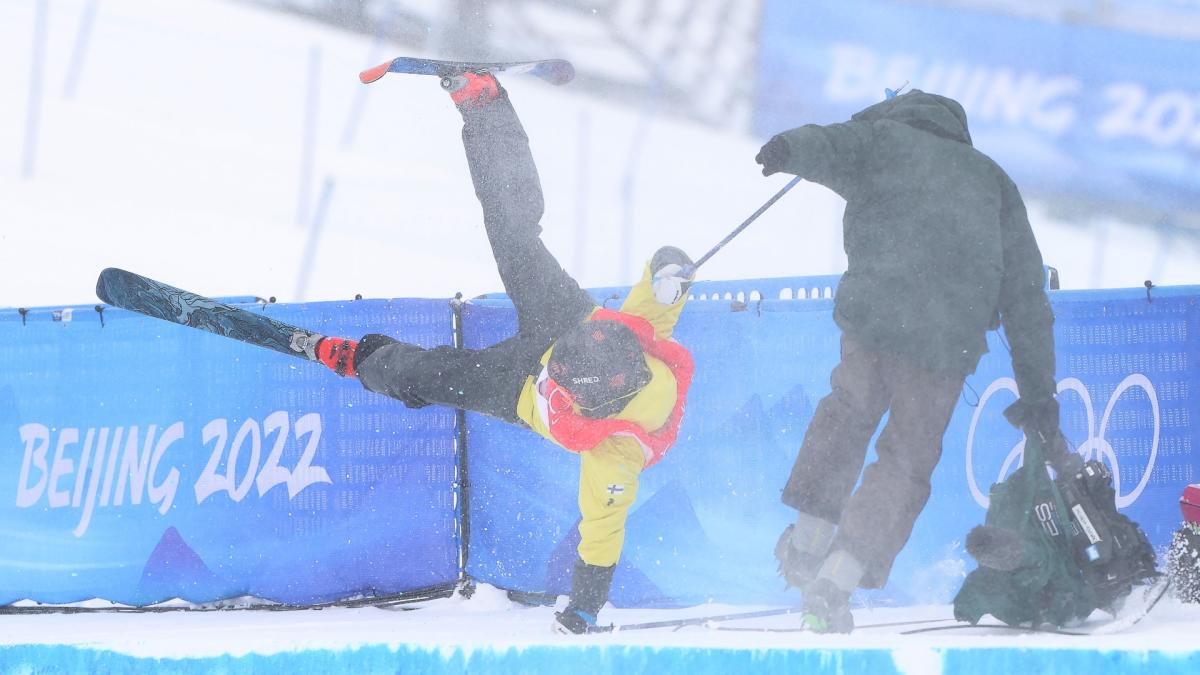 Of all the ways to crash during a race, this is probably one of the weirdest.

Finnish freestyle skier Jon Sallinen collided with a cameraman during his run in the men’s halfpipe qualifying event at the Beijing Olympics on Thursday, momentarily worrying spectators before the pair confirmed they were were not injured in the accident.

Sallinen, 21, was halfway through his first run when he appeared to lose control, flying towards a cameraman standing on the left lip of the pipe in a chilling scene.

Sallinen was able to complete his run, receiving a pitiful score of 18 out of 100 from an unimpressed group of judges. His second run yielded a slightly better score of 18.50, still leaving him in last place out of 23 competitors as he failed to qualify for the final round.

“I hope the cameraman is okay,” Sallinen told the camera as he waited for his score. “Sorry.”

The operator indeed seemed to come out unscathed and would continue to occupy his position for the duration of the event.

“I didn’t even know if I was going to ski on my second run after I crashed, hope the cameraman is okay, I landed right on top of him,” Sallinen repeated afterwards. He blamed the overcast and snowy conditions at Genting Snow Park for his accident, adding that he felt a crack on his collarbone when he landed.

These are Sallinen’s first Olympic Games. He became an internet sensation for his TikTok videos jumping off cliffs and bridges in acrobatic form.

Add another viral video to his extensive collection.

ATHLETES ON: Resilience and bouncing back from a setback | Lifestyles