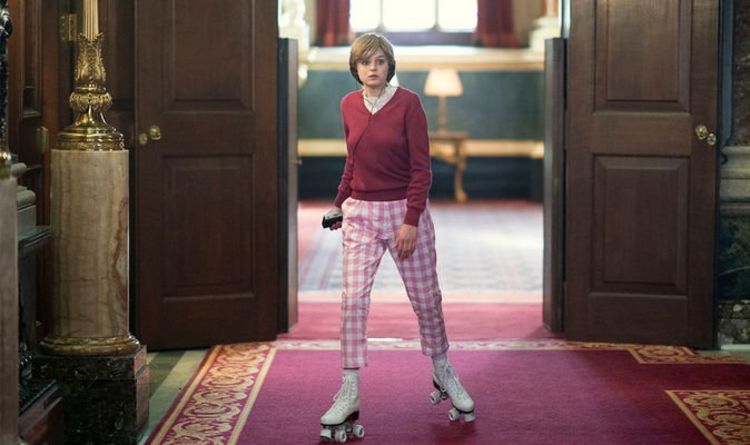 Emma Corrin’s portrayal of Princess Diana in Netflix’s The Crown has received critical acclaim since the drama’s fourth series was released on November 15. This series follows the arrival of Princess Diana in the royal family, and a few episodes trace the beginning of her relationship. with Prince Charles and the time leading up to their wedding day in 1981.

While many of The Crown’s events are based on history, the series is a fictional portrayal of the Royal Family, and many of the scenes are not true to life.

A storyline in The Crown’s latest series centers on Diana coming to stay at Buckingham Palace, where she receives etiquette lessons from the Queen Mother’s maid of honor, Lady Fermoy.

While it might seem like a dream to be invited to live with the royal family, The Crown describes Diana’s stay at the palace before the wedding as quite lonely.

In the series, Diana tells her friends on the phone that she hasn’t spoken to the Queen at all during her visit, saying, “I haven’t spent any time with her yet, although we’re in. the same building â€.

READ MORE: Did Prince Charles EVER love Diana? Real life against the crown

A bored Diana is pictured on the show sitting watching television in her allocated apartment or practicing ballet on her own.

But one scene that has caught the attention of fans shows young Lady Diana skating the halls of Buckingham Palace listening to Duran Duran’s Girls on Film, as she waits for the day she and Prince Charles say ‘Yes’ .

In real life, Princess Diana was known for her fun streak, and she loved pop music and roller skating, and Diana was also photographed skating in Kensington Gardens on occasion.

But has Diana really made it through one of England’s most prestigious royal residences on roller skates?

The actress who plays Diana on the show, Emma Corrin, also likes to think that Diana rollerbladed during her stay at the palace.

“Do you know what, it was that kind of thing, it was roller skating, the sense of fun that she obviously had before she became royal and that she kind of maintained, I think it was was quite rare. “

She added: â€œRoller skating at Buckingham Palace is a great example.

â€œAlso, the danceâ€¦ and how much that meant to her, and how she used it as a kind of form of expression. I absolutely loved finding out about that.

While the roller skating aspect of the scene may well be true, there is no doubt that the outfit that Diana wears in the scene has some historical precision.

Although she wore it on a later date than depicted in The Crown, Diana was pictured wearing an identical outfit as seen on stage.

Sitting on the steps of Highgrove in 1986, Diana wore similar pink plaid pants and a dark pink sweater.

Princess Diana really did roller skate in the halls of Buckingham Palace, like in “The Crown”