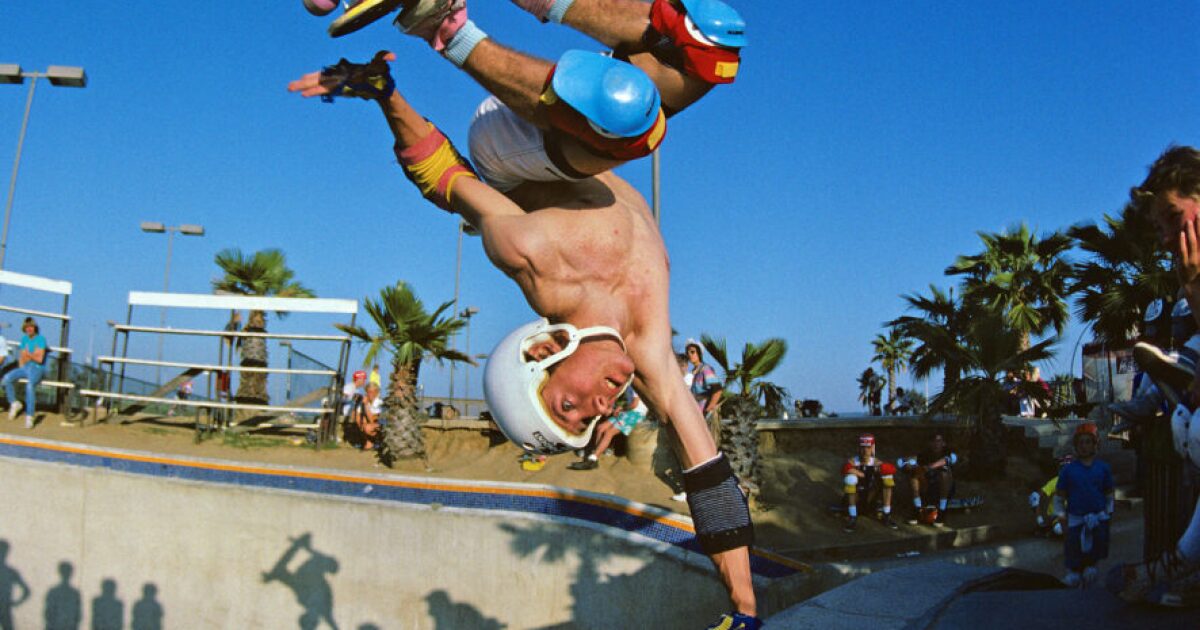 Billy Ruff of Carmel Valley was inducted into the Skateboarding Hall of Fame at Vans headquarters in Costa Mesa on November 12. During his 10-year professional career, Ruff was considered one of the best green skateboarders of the 1980s, riding for San Diego. Gordon & Smith (G&S) based skateboards.

Due to the pandemic, there was no induction ceremony last year, so this year’s celebration was filled with 36 skateboarders from the 2020 and 2021 classes. Ruff was inducted alongside San Diegans Steve Cathey, Dave Andrecht, Eric Grisham, Denis Shufeldt, Dennis Martinez and Doug â€œAnanasâ€ Saladino.

â€œIt was super fun,â€ said Ruff, who lives in Carmel Valley with his wife Jill and daughters Jamison and Avery, students at Canyon Crest Academy.

Ruff was born in Fitchburg, Massachusetts to a military family. His father was deployed to Scotland shortly after his birth. Ruff moved across the country with his father’s military deployments, living in North Carolina and Florida before his family moved to San Diego when he was 12.

â€œI had been on a skateboard before I got here, but technically I started skating when I got here,â€ he said.

What sparked his interest in skateboarding was when the Pepsi skate team came to visit his college, Marsten Middle in Clairemont. Among those who did the skate demos that day were Dennis Martinez, a member of the G&S team and his future friend and fellow Hall of Fame inductee.

He convinced his parents to buy him the most basic and cheapest plastic skateboard on the market. â€œI was skating every day, whenever I could. “

Ruff was entering the skateboarding scene as it ended with the boom of the 1970s – in 1978 there were few skate parks in the area. He found a second home at the Oasis skatepark, located under the I-805 and I-8 interchange, begging his dad for a ride or taking a bus just to get there and skate during the 12 hours it was open. . Sometimes being begged to come out of class ’21 Andrecht, inductee.

Eventually, his helpful cousin saw he was riding his skinny little board and gave him a bigger board to ride in Oasis pools, slalom, snake trails and half pipe.

At Oasis, G&S rider Steve Cathey approached him and gave Ruff G&S Yo-Yo wheels, his first sponsorship. In the 1970s, G&S, a surfing institution in San Diego since 1959, became one of the top three skateboard companies in the world with its Fibreflex board. They were also one of the first companies to sponsor professional team riders.

After winning a competition at Oasis in early 1978, Ruff joined the G&S team at the age of 15. He has traveled across the state to compete in both freestyle and pool / green style. â€œAt the end of the day, I went straight to the green and to the pool, I always liked green skating better,â€ he said.

By this time skate parks across the state were closing – his beloved Oasis closed in 1979. The Del Mar Skate Ranch was one of the last standing skateparks and Ruff made the migration north after he got graduating from Clairemont High. Located across from the Del Mar Exhibition Center, where wave volleyball teams now train, the park had several pools, a large reservoir / bank, and a half-pipe. â€œIt didn’t get any better than this,â€ Ruff said. The infamous Keyhole Pool was where most of the action took place.

Competitions were held frequently in the park and Ruff said skaters would come from all over the world to train and compete in the Mecca of Del Mar as a pilgrimage until the ranch was bulldozed in 1987.

Ruff competed professionally until 1988, known for his blocked hand plants, big backside airs, and frontside 540s. half-rotations in the air. Ruff has won quite a few contests, racking up 15 wins over his professional career.

Described upon his induction as a “master blaster”, a super stylish and progressive skateboarder, he made the cover of Thrasher Magazine and on his Instagram account people often fondly remember that the Billy Ruff Chalice or Joker G&S deck was their first skateboard while growing up.

â€œIf you don’t train at this level, you’re not that sharp,â€ he said. At that time, there weren’t that many skaters in their thirties, so he made the choice to leave and get into the business world.

Ruff worked for Airwalk for 12 years and moved to the shoe company Sole Technology, then started his own business, Sha Sha Fine Shoes, which he closed in 2010. Today he works for a telecommunications.

For many years, Ruff didn’t skate at all, but picked it up in his mid-fifties when the pumping trail at Pacific Highlands Ranch Park opened in 2019, drawn to the concrete hills. of the course.

â€œIt was really fun again,â€ he said of doing simple things like carving around the track and doing basic tricks. “I got to revisit skateboarding and see what I loved about the sport when I was just starting out.”

He was also involved in the organization of community events in the park built around skateboarding, for which he discovered a gift. In March 2020 he hosted the Skate Against ALS Skate-a-Thon for the benefit of a good friend in the skateboard industry struggling with ALS and in August he attended the Skate Jam, an event hosted by the city park and recreation department with the Northwest Division of the San Diego Police Department, where people could skate with local cops on the pump track. He hopes there will be more Skate Jams in the future.

With the large number of inductees, Ruff was unable to deliver a speech at the Hall of Fame event. If he had grabbed the mic, he would have thanked his parents for tolerating his interest in skateboarding when they had no idea what it was or could become a career. He would have shouted at G&S founder Larry Gordon and his daughter Debbie Gordon, who now runs the company, he would have thanked Cathey his friend and team manager, Dave Anderson at Sk8 Supply, the late Fausto Vitello at Independent Trucks and many , much more too impossible to enumerate.

Ruff said he wasn’t sure what to expect upon entering the lobby, he just thought it might be something right. “Now that it’s here it’s pretty cool,” he said of being part of such a special family of skateboarders and an industry he’s proud to have played a part in. .

There will be a party on Saturday December 4th at Green Flash Brewing Co, celebrating the 2020 and 2021 Skateboard Hall of Fame. The event will run from 4pm to 10pm with food trucks, a street course and live music by DC the Crow, Adrian Demain, Agent Orange. The event has a suggested blanket donation of $ 7 with proceeds going to the Dave McIntyre Skatepark, an effort to rename the Carmel Valley Skatepark in memory of the Director of G&S and the Carmel Valley resident who passed away this year. Green Flash is located at 6550 Mira Mesa Boulevard.