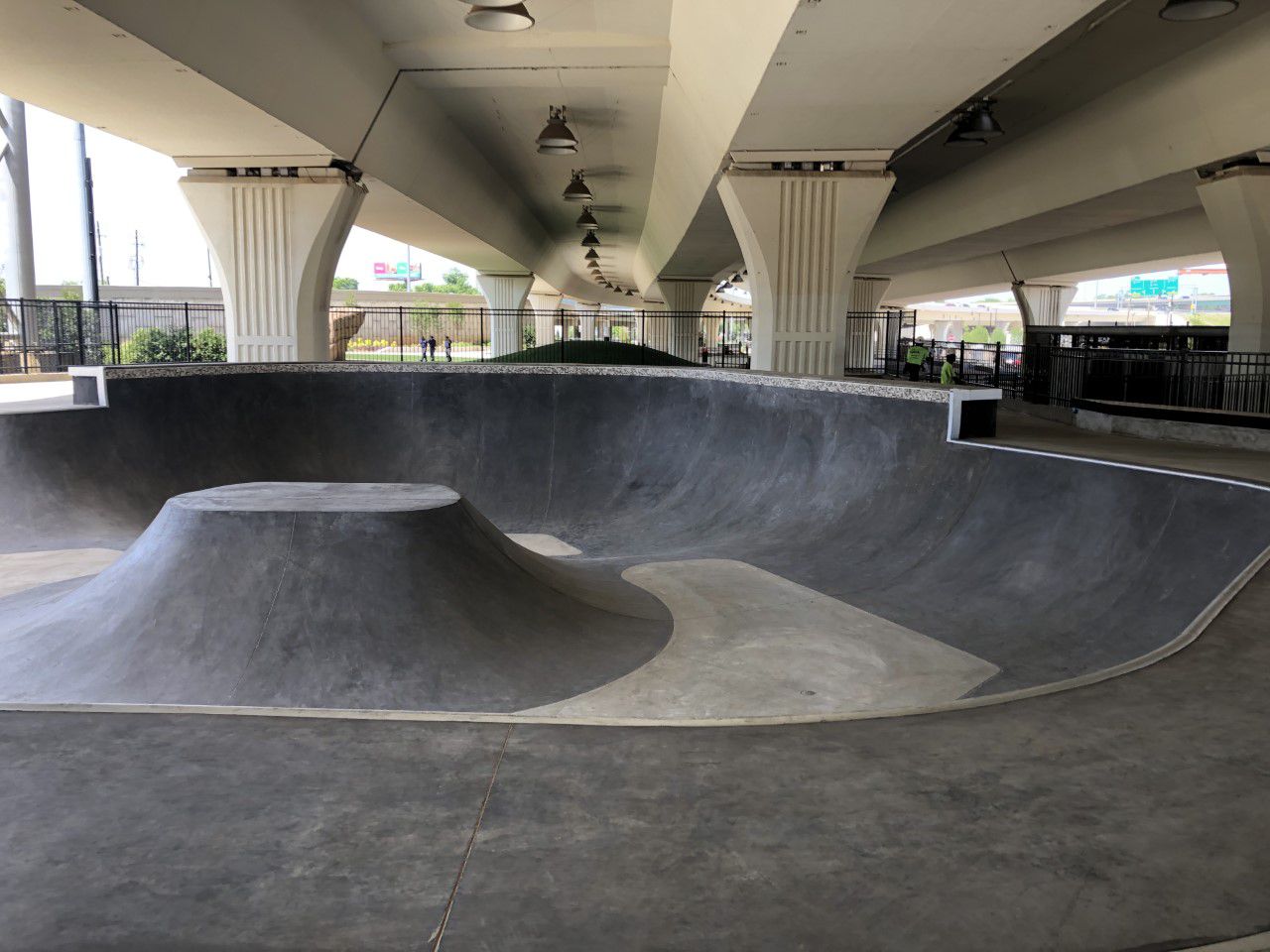 Birmingham is suddenly a skateboarding paradise

Birmingham is fast becoming the skateboarding mecca of the South East.

No, I’m not kidding. No, it’s not me trying to be sarcastic or prank.

The city has had its share of misses over the years when it comes to sports. Recently, however, Birmingham have done it right, and I consider this one another big win. Birmingham is opening a massive pro-level skate park at the new city center CityWalk on Tuesday, and it’s world-class. I walked through the skatepark this week, which is located between 16th and 18th streets North, and I was shocked – SHOCKED – at how good it all was.

I still can’t believe it, really, and I’m not alone.

Skateboarders are also impressed. Locally, the skaters are in disbelief. Nationally, the skateboarding world is poised to envy Birmingham, Alabama. It took professional skatepark designers from California seven months to build it, and these guys have created a work of art.

Birmingham can now position itself one day to host the X-Games or a skateboarding world championship. These are not small things. This skatepark is exceptional, or should I say, this skatepark will blow everyone’s brains with the way it flows.

Or something like that. I learn with everyone, but that’s what I’m here for.

GOOD MAN: Note to Omaha, get ready for a “thic” drink of “SonnyDi”

GOOD MAN: Auburn’s ‘Thicc King’ has a bigger heart than his swing

Listen, I understand. You probably have no idea what I’m talking about because everyone was struggling with the COVID-19 pandemic during the design and construction of CityWalk. Just wait to see it.

“It’s really amazing,” said Peter Karvonen, longtime owner of Faith Skate Supply in Birmingham. “The skating community is still in denial. I keep telling people it’s real. With this skatepark as a training center, professional skateboarders will be stepping out of the woodwork in Birmingham.

Welp, here comes the craziest thing of all. Birmingham’s new world-class skatepark was built thanks to the Alabama Department of Transportation. I can’t make this thing up. ALDOT has paid for all of this along with everything else that makes up Birmingham’s new 1.5 mile linear park. CityWalk is its official name and spans 10 blocks. It is located under the I-59/20 bridges between 15th and 25th Streets North.

ALDOT has built the park and is handing it over to BJCC for day-to-day operations. I walked everything this week and I have sweat stains to prove it. Lost about five pounds in water weight, too. CityWalk, I can confirm, is almost done, and it’s amazing. It will reshape the city center and the way people view Birmingham.

The World Games Village will be at CityWalk, and after that it’ll have all kinds of stuff. There will be open markets, food trucks, a beer and wine garden, amphitheaters, dog parks, water features, learning spaces, and more. Oh, and the sports fields. Tons of them. There are whole blocks designated for activities.

There are 10 pickleball courts, for example, because people can’t get enough of them. There is a multi-court space available for football and flag football. There is a “challenge course”, where American ninja warriors from Birmingham will train. It would be me.

Pétanque and table tennis are close to beer, of course. An outdoor roller skating rink can be converted into an ice rink in the winter. Everything is so beautiful.

Look, when it comes to sports, I’m not one of those stuffy, outdated sports columnists who discriminate against anything. I love sports, and that means all sports. It doesn’t matter what it is. That’s why I’m looking forward to the World Games. We all had the PE coach in middle school who hated football. Why? Who knows, but don’t be so stupid.

Be the doofus who tries skateboarding for the first time at age 53.

The soft opening of the skatepark takes place on Tuesday, National Skate Day. I will be there. Maybe even wear Vans or something and dress like a poser. I had a skateboard once. Now I have a garden. How do you keep him alive in this heat? Who knows, but an urban park under bridges is suddenly a great place to shelter from the sun.

Maybe the BJCC thought about charging for the skatepark at some point, but Snider tells me that’s no longer the case. People will have to sign waivers, but the skatepark will be free along with everything else in the park. For special events, however, there will be a charge. For example, if the Druid Hills Pickleball Association wants to charge for a pickleball tournament, then they will have to settle it with the BJCC.

Is there really a Druid Hills Pickleball association? We can only hope.

You might be wondering what it really means when I say that Birmingham now has a ‘world class’ skate park. Consider this. The price tag for the skatepark was over $3 million, and at 57,000 square feet, it’s the fifth largest in the country. It is by far the best and largest in the southeast. There are about 15 skateparks within 30 minutes of downtown Atlanta, for example, and Birmingham’s new park is two to three times larger than any of them.

ALDOT hired Newline Skateparks, Inc. to design a one-of-a-kind venue. All disciplines of skateboarding are represented. They even incorporated a replica of Birmingham’s legendary skateboarding landmark known as “Ghetto Banks”, which was located in the Southtown projects prior to recent demolition.

There are three bowls of varying sizes starting with a 3 ½ foot deep beginner bowl. Next is a 10 and 6 foot deep recessed amoeba bowl. Then there is the colossal Olympic bowl, which is called an Olympic bowl, I am told, because it is certified for Olympic competition. The vast majority of Birmingham skaters don’t even know how to ride balls that deep and that big. They will learn.

Birmingham is poised to become a destination city for skateboarders from across the state and region. For residents who skate, it’s like a fantasy. Freestyle skaters can train on a high impact street course and a low impact street course. There is also a bump and pump track with curves, bumps and walls. There are many more. Everything flows together.

How would skaters describe it?

So how did this all happen? For me, that’s the best part of it all. ALDOT asked for public input on what to build at CityWalk, and the skateboarding community spoke up. The state listened, then the state delivered. People don’t really like interstate bridges crossing Birmingham, but ALDOT has done a good thing here and transformed what was once no man’s land into an urban attraction with welcoming public spaces. Now it’s up to the BJCC to help CityWalk reach its full potential.

Some people might still hate bridges. I understand. Not the skaters, however. This is what makes the CityWalk skatepark so unique. It’s in the shade during the day and under the lights at night.

“It’s the most ideal and beautiful thing,” Karvonen said. “There’s no place in the country like it.”

Joseph Goodman is a columnist for the Alabama Media Group, and author of “We Want Bama: A season of hope and the formation of Nick Saban’s ‘ultimate team'”. You can find him on Twitter @JoeGoodmanJr.

The Pyrenees-Barcelona bid for the 2030 Winter Olympics officially abandoned