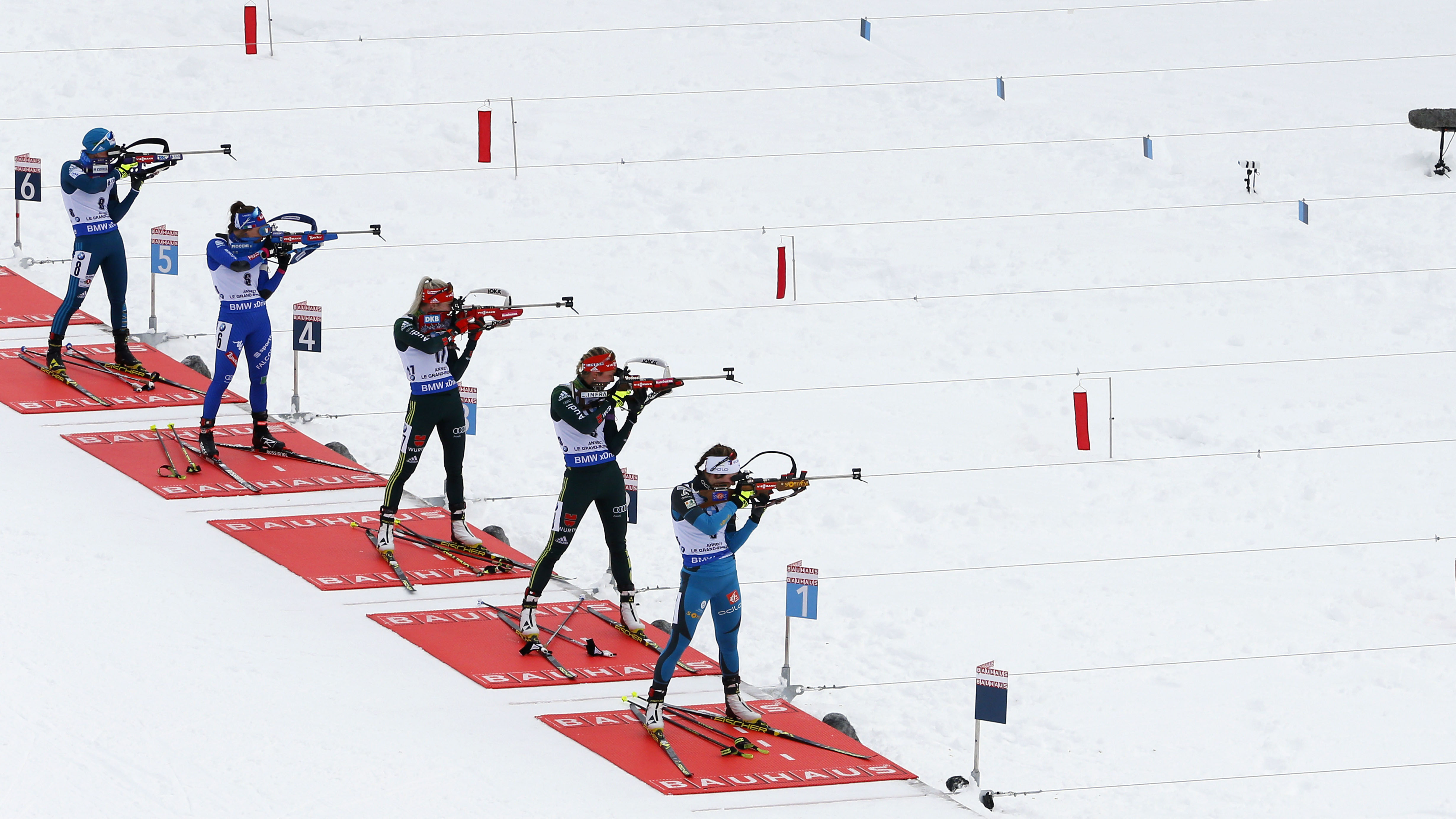 Biathlon consists of a cross-country ski race coupled with target rifle shooting. The shooting portion of a biathlon race is known as the shooting bout. Races consist of two or four Olympic biathlon shooting bouts and are performed with the athlete either standing (S) or lying down (P). If an athlete misses one or more targets during a bout, he is penalized either by automatically adding minutes to his time or by having to ski a penalty loop near the exit of the shooting range.

The aerobic demands required for fast skiing coupled with the leisurely required to shoot accurately have often been compared to trying to climb several flights of stairs and then trying to thread a needle. Interestingly, biathletes try not to lower their heart rate too much when in the shooting range, as it is more difficult to fire when blood is flowing through the body than when it is pumping quickly in small bursts.

Unlike cross-country athletes who participate in races which officially refer to the use of classic or freestyle techniques, biathletes use the freestyle, or skating style, for almost every mile traveled. The only exception in biathlon is in the first 100 meters of relays in which classic technique is required.

Biathlon events can be divided into six categories:

Of the six, five include both men’s and women’s events, while the mixed relay features teams of four athletes – two women and two men – skiing and shooting in the same race for gold, silver and bronze. Events also vary depending on the type of start used to start the race (interval or mass start), as well as the number of shooting matches required in a race and the amount of ammo allocated to each biathlete per fight.