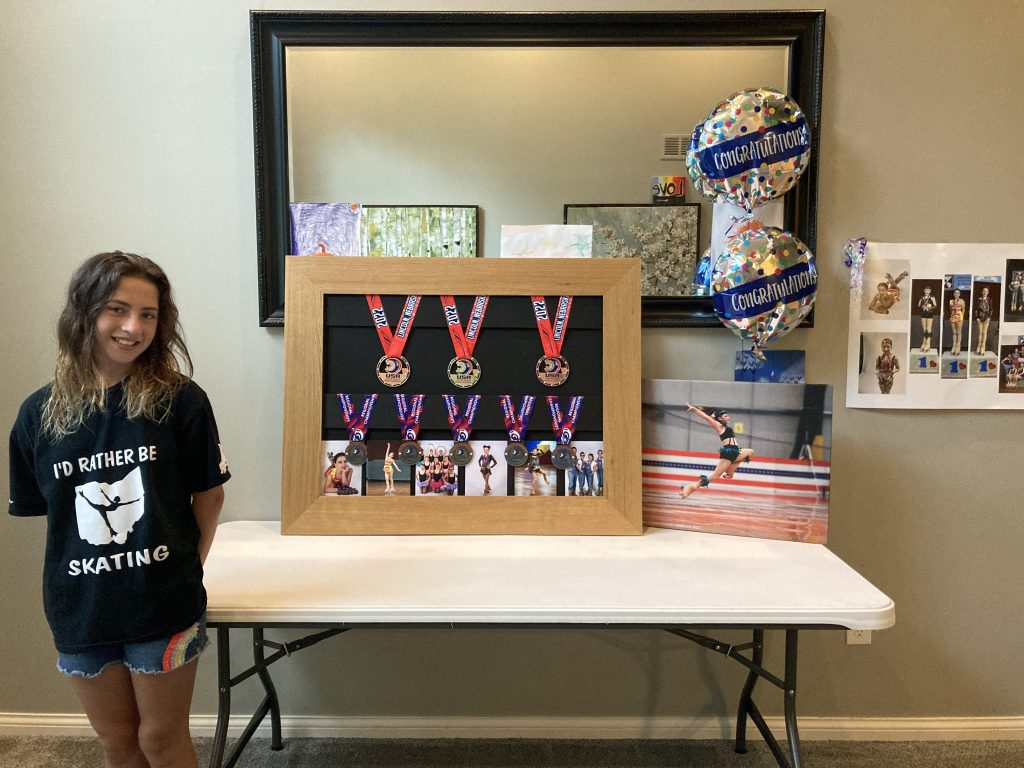 Think it’s hard to land on one axle?

What about a double axle?

It’s hard enough to do on ice, let alone roller skates for most people.

But that’s exactly what 10-year-old Ariel Burger from Lorain can do better than anyone else his age in the country.

Earlier this month, Ariel and her mother were invited to Lincoln, Neb., for the United States National Roller Sports Figure Skating Championships, where Ariel competed in three events.

Prior to the national competition, Ariel was by far one of the best skaters in the Great Lakes region, where she placed in the top four in all three events she entered, Burger said.

At regional and national championships, Ariel has competed in the freestyle, creative and team event as she is part of a roller skating team called The Showstoppers, who train at Lorain’s Skate World, 4952 W Erie Ave.

At the event in Lincoln, she won a gold medal in the Juvenile B Girls Freestyle skate category.

Ariel participated in the creative program where he starts with what is called a “chin strap”.

“She puts her skates in front of her head on the floor, it’s like a contortionist thing,” her mother said with a hearty laugh. “They do cartwheels and spins and footwork as they call it.”

This routine included moves synced to songs like Silento’s “Watch Me” and Los Del Rio’s “Macarena.”

Ariel was also airborne for part of the routine, Burger said.

The girls also had formations that they skated in during the team routine.

Burger also said that overall the Lorain skate club had a very successful trip to national competition with several others joining Ariel as medalists in their respective categories.

When asked if she would change anything, Burger replied, “No, I’m so glad I brought her (to the Elyria rink) that day.”

How Eileen Gu Hit a Net Worth of $20 Million