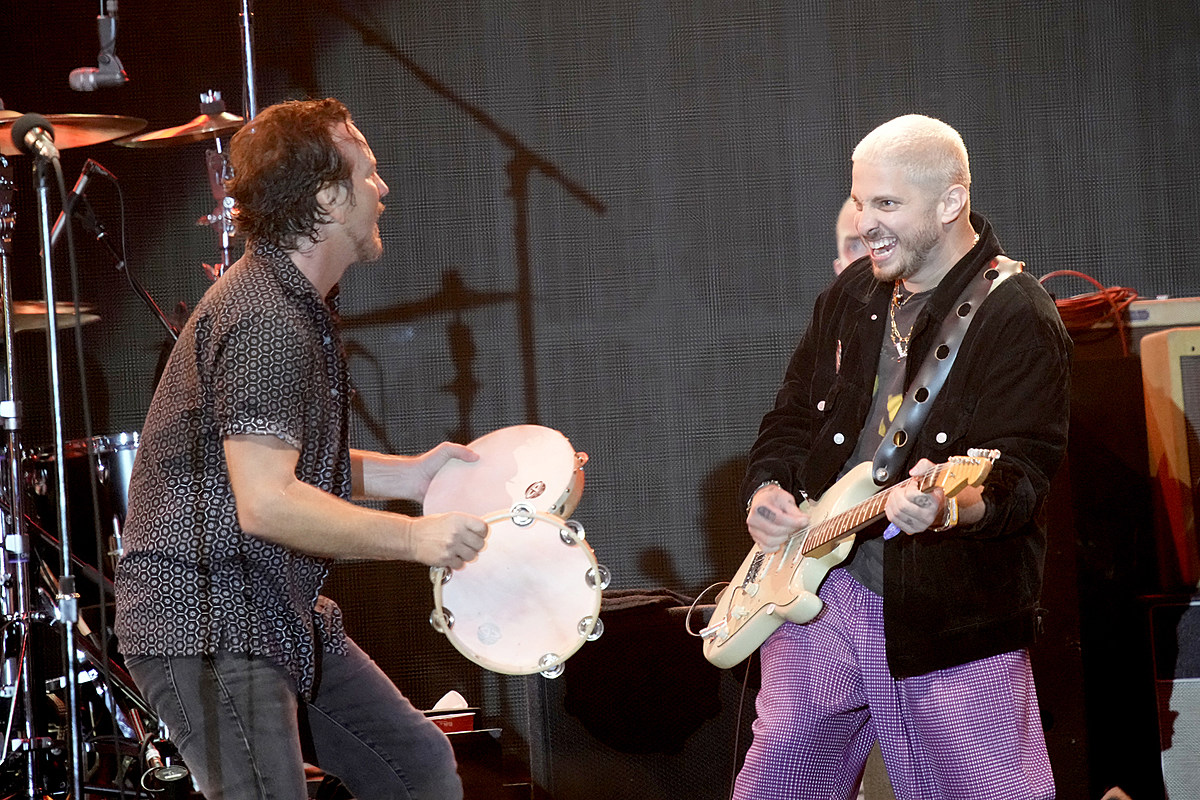 We all dream of performing alongside our rock heroes on stage, but earlier this year producer Andrew Watt got the chance to make one of his childhood wishes come true by joining Pearl Jam in their Ohana Festival appearances. and rocking their classic song “Alive”.

Speaking to Billboard, he explained, â€œIt’s almost too much for me to talk about. I was born in 1990 and my brother was born in ’85, so all we listened to growing up was Pearl Jam and the Chili Peppers. If I admit to you how many Pearl Jam concerts I’ve attended, it probably wouldn’t help. “

Watt recalls, “I used to go to Pearl Jam concerts with a sign that said, ‘Let me play the guitar solo on’ Alive ‘” “and I found myself on stage at the Ohana festival. playing the guitar solo on “Alive” with Pearl Jam. So it’s just an amazing, complete time where I feel like I’ve been ready for my whole life. It’s not supposed to be like that – you’re not supposed to have these posters on your wall and be in the post you create with these people. “

The Grammy-winning producer is currently working with Eddie Vedder on his Earthling solo album and joined Vedder’s solo group on guitar.

Reflecting on his experience working with a singer he grew up with, Watt says, â€œWe just had the most amazing experience. I’ve known Ed for about 10 years, and we stayed in touch and started doing music. music together, and Chad and Josh from the Peppers were very involved. We just had fun together, laughing and hanging out, popping beers and making the kind of music we all love. “

According to Watt, he put the finishing touches on the record with additional mixes and details. â€œI’m just very excited. I don’t want to say too much by the way, just hear his voice in front of me, and play guitar and bass below? It’s like a party,â€ says the producer.

that of Eddie Vedder Earthling the album is due out on February 11 and pre-orders are underway here.