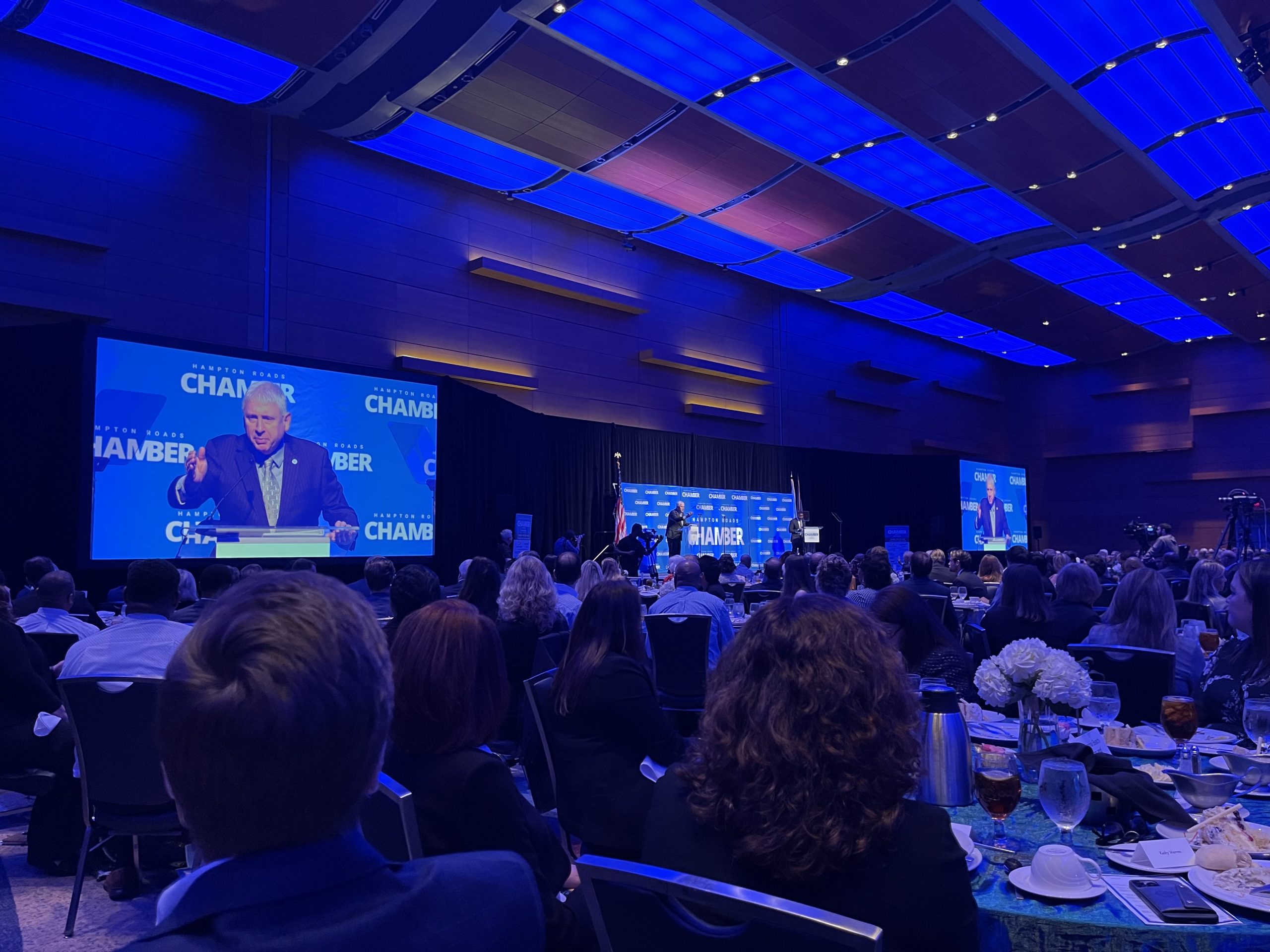 One of Canada’s biggest action sporting events, the Jackalope Festival, will make its U.S. debut in Virginia Beach in June 2023, Mayor Bobby Dyer announced Wednesday during the annual State of the City address. .

“Get Ready for Jackalope!” Dyer shouted excitedly to a crowd of about 1,000 gathered at the Virginia Beach Convention Center.

The three-day event next June will feature BMX skateboarding, base jumping, bouldering and other action sports competitions. The announcement follows other high-profile events – Something in the Water, Rock ‘n’ Roll Half Marathon and Patriotic Festival – ending or leaving town.

Dyer and City Manager Patrick Duhaney shared the stage on Wednesday, sharing the city’s accomplishments over the past year, including a $567 million bond referendum approved by voters in November 2021 that would cover the cost flood protection programs addressing stormwater and sea level rise issues, a new local electoral system, the construction of a new city hall, and the vaccination of hundreds of thousands of residents of the city against COVID-19.

Wednesday’s event brought together two former governors, Attorney General Jason Miyares, the mayors of several other Hampton Roads towns and other local elected officials, as well as state officials. This is the first in a series of five State of the City addresses sponsored by the Hampton Roads Chamber. The mayors of Norfolk, Portsmouth, Suffolk and Chesapeake will each hold their speeches over the next few months in their respective cities.

During their joint keynote, Dyer and Duhaney spotlighted DroneUp LLC, a Virginia Beach-based company that signed an agreement with Walmart Inc. in December 2021 to begin offering drone delivery to customers across the country. A drone flew over the ballroom and delivered a package to Dyer.

Dyer acknowledged and thanked Howard P. Kern, the outgoing president and CEO of Sentara Healthcare, for all he has done for the city during the pandemic.

The pair highlighted other business expansions in the city, noting more than 50 grand openings in 2021, Virginia Beach-based nonprofit Operation Smile opening an interactive learning center and a development deal economic relationship between the city and Naval Air Station Oceana, which would lease land to private companies on the base.

They also talked about a new Small Business Capital Access Program providing $400,000 in loans to City businesses and opening three facilities to support businesses: The Hive, a small business resource center in Town Center, the Virginia Beach BIO accelerator and an incubator supporting the development of international companies wishing to come to Virginia Beach.

Dyer said he looks forward to many iconic Virginia Beach events, such as the Shamrock Marathon this weekend, concerts, the Naval Air Station Oceana Air Show and the East Coast Surfing Championship, some of which return this year after that some were canceled during the peak of the pandemic.

The bank warns the customer of the $1,200 fraud charge, then declares that the purchases were valid. Eh?