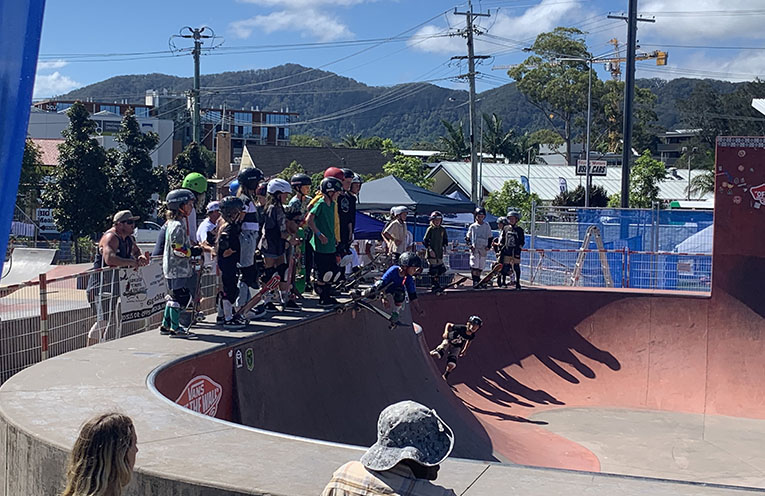 Chalkies Skateshop in Coffs did much of the organization with business brothers Bevin ‘Bevo’ and Jesse Newton delighted with the outcome.

â€œWe struggled with the rain, but it came out rad,â€ Bevo told News Of The Area.

A warmly hosted event with masses of local talent and guests, the Skatefest was held in memory of beloved local boy, Koby Mitchell.

Over 100 participants competed for generous prizes, including merchandise, and three of them won stunning Creative Skating Grants for Youth in Skating, Film & Photography, and Arts & Music, each worth more than to $ 1,000.

Stevie Blanchette, Koby’s mother, told News Of The Area: â€œIt has been a very emotional weekend, a combination of feelings of sadness, happiness and pride in one day.

â€œSeeing so many people supporting the event, having a good time was worth it.

â€œIt reaffirmed what I already knew but showed how many lives Koby touched, a true inspiration.

â€œFrom the competitors to the crowd, everyone was there to support each other.

â€œWe had so many people reaching out to us after the event to thank us and ask us questions about next year.

â€œI will continue to spread Koby’s story and keep his spirit alive, this is something he deserves.

â€œKoby’s legacy will be forever remembered for the handsome human he was.

â€œA very important message to us is that an individual can make a difference, so never doubt the power you have to make that difference,â€ Stevie said.

Crystal Vowels, Scotts Head, mom to Avalon, 12, and Sandon, 10, strongly supports her children’s enthusiasm for skateboarding, getting the family to watch and participate.

â€œIt was the first skate competition we had attended, and it didn’t disappoint,â€ Crystal told News Of The Area.

â€œWe knew there would be some entertaining skateboarders, after watching the competitors practice for the past few weeks at the skatepark, but our spirits were blown away once we saw the figures in action with the music and commentary. from Bevo.

â€œThe Under 12s kicked off the competition, followed by the 16 who wowed everyone in the crowd with their tips and bravery, but the atmosphere really started to vibrate with the open men’s division. entertaining the crowd and inspiring every young skater out there.

â€œThe photos and videos don’t do it justice; these skaters are definitely something that must be seen to be believed.

â€œGreat movements were launched against the crowd as they erupted into cheers.

â€œIt was an incredible experience for the spectators and the competitors.

“As a competitor, I would love to go back.”

â€œEvery time someone pulled off a crazy move, the crowd would burst into joy.

â€œLarge groups of people were in the stands and were entertained by the skating competitors, DJs and commentary from Bevo, I will make sure to compete next year.â€

See all results at @kobbas_skate_fest.