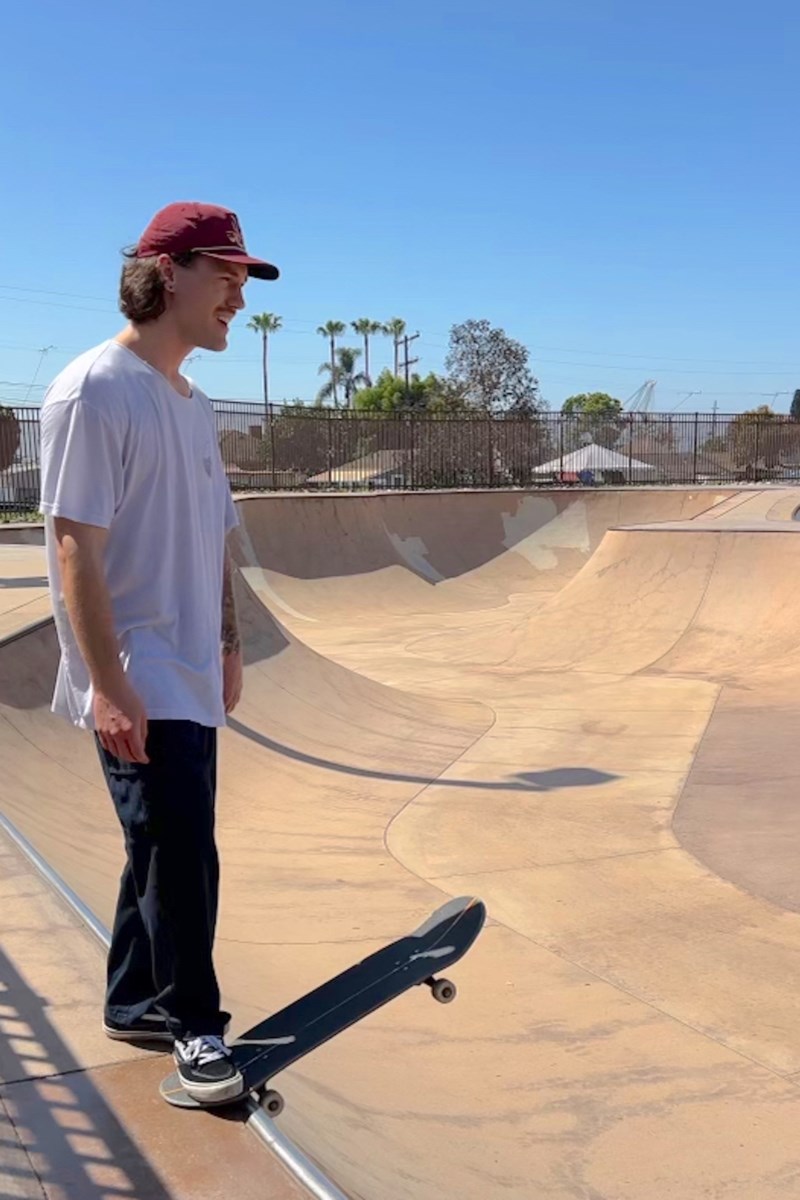 A local skateboarder stumbles upon a trick to success on TikTok

“It’s almost a metaphor for life. If you give up, you can never do it. If you keep going, you can accomplish a lot,” says OSS graduate with a passion for social media

A hobby skateboarder from Orillia is becoming a consummate pro as a social media influencer.

In just 13 days of activity, Nogy has gained nearly 1,000 subscribers. Some of his best videos have been liked by 2,000 fans and viewed by 15,000. Nogy’s early success, he says, was built on authenticity and his passion for skateboarding.

Nogy, 25, grew up in the Mount St. Louis area and didn’t skate regularly until he was 18. He discovered the sport when he traveled to Switzerland and Bosnia.

“I bought a board and went out there not really knowing how to skate,” he said. “I started to really like it and started skating all the time. I really haven’t stopped since.

Last winter, Nogy moved to Banff, Alberta where he got involved in the local skateboarding community.

“I’ve seen some really cool skate parks on my travels,” he said. “That’s what gave me the idea to show people back home or those who don’t travel a lot what other skateparks around the world are like.”

Nogy continued his journey in California last month, where the skate scene is perhaps more popular than anywhere in the world. His girlfriend, Arielle Ackford, who originally gave him the idea to start creating TikToks, runs social media accounts for notable groups and brands. Ackford helps Nogy polish his videos.

“The videos are almost a bit comedic because I suck at skateboarding,” he laughed. “I tweaked it enough so it’s not as bad as I really am. It’s a lot of fun.”

Nogy quickly gained a loyal following by posting a new video of himself trying to learn a new trick every day.

“Comments are inundated with newbie skaters asking about the first steps I’ve figured out,” he explained. “Or people of a professional level who give me advice and directions.”

Nogy likes to share a special connection with the skateboarding community through his videos.

“Everyone helps each other,” he said. “It’s exciting, and it’s cool to see how quickly it’s grown.”

Although he’s ambitious about the direction of his social media page, Nogy doesn’t want to lose his authenticity.

“I don’t want to try to sell and monetize right away,” he said. “Right now it’s just something I’m having fun with and it’s something I can do while traveling, visiting other skate parks and meeting other people.”

Nogy’s current goal is to continue to unite the skateboarding community with its videos and eventually grow it into a brand that can continue conversations between beginner skateboarders and pros alike.

“There’s a lot of intimidation for a beginner skater going to a new park,” Nogy explained. “The guys who are really good, for the most part, are super nice and want to help you. It would be cool to build some sort of engaging community around that.

Although he has practiced most of the various common North American sports throughout his life, Nogy finds skateboarding to be the most enjoyable as it is an activity that can be done individually or with others.

“It’s a healthy thing to do,” he said. “It gets you out and active, and it’s encouraging when you start learning new things.”

“You have to try a trick 1,000 times before you get it once,” he said. “It’s almost a metaphor for life. If you give up, you can never do it. If you keep going, you can accomplish a lot.

Nogy encourages beginners interested in skateboarding to take a leap of faith and give it a shot. He says Orillia is the perfect place to start.

“I recommend you go to Kahuna Surf Shop or Pocket Skate & Vintage and ask the girls and guys there to help you with your first setup,” he said. “You just have to start, no matter how old or how young you are. I’m just starting to learn the basic stuff at 25 that I should have learned when I started.”