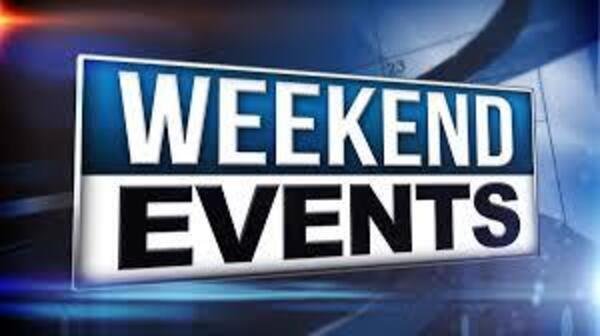 5 things to do in Borderland this weekend

1. Disney On Ice presents Dream Big
October 9 and 10 at 12 p.m., 3:30 p.m. and 7:30 p.m.
El Paso County Coliseum
Believing is just the beginning as Disney On Ice presents Dream Big. Miguel aspires to become a musician and travels the land of the dead to discover his family history. Moana and Maui courageously restore Te Fiti’s stolen heart, Anna and Elsa save their kingdom, and the Disney Princesses inspire with stories of strength, determination and kindness. Share every magical moment filled with breathtaking skating and beloved Disney songs and stories that give everyone a reason to believe! Meet Mickey, Minnie, Goofy and the stars of Frozen, Moana, Coco, Aladdin, Beauty and the Beast, The Little Mermaid, Tangled, The Princess and the Frog, Cinderella and Sleeping Beauty.

2. Georges lopez
October 9 7 p.m.
Abraham Chavez Theater
George Lopez: OMG Hi! Comic tour. He was born into a Mexican-American family and raised in the San Fernando Valley near Los Angeles, California. He has become a popular comedian, especially among the Latin American community for his satire on Mexican-American life and culture in the United States. Much of his humor has been drawn from the financial poverty of his upbringing and the Latino community in general. He has released four albums of recorded comedy shows, including Right Now Right Now and Team Leader, which was nominated for a 2004 Grammy for Best Comedy Album. He appeared in The Latin Kings of Comedy, where he was the special guest along with other top Latino comedians. Alien Nation in 1996 was his first album released from his stand-up comedy shows. His current stand-up comedy DVD is Why You Crying ?. He recently released “El Mas Chingon” in September 2006.

3. Sun City Dread Festival
October 9 10 a.m.
Raves Club
6816, avenue du Commerce
Here is your chance in El Paso to witness a fall party filled with monsters for the whole family with entertainment, costume contests for all ages, queen of the monsters beauty pageant, games of the Luchador main event, a monster market, Monster-Con artist booths with much more to announce as the FrightFest draws go on. General admission $ 5, all-day pass $ 15.

5. No time to die
Various Theaters – Currently in El Paso: James Bond enjoys a quiet life in Jamaica after leaving active service. However, his peace is short-lived as his old CIA friend Felix Leiter shows up and asks for help. The mission to rescue a kidnapped scientist turns out to be far more dangerous than expected, leading Bond on the trail of a mysterious villain armed with dangerous new technology.