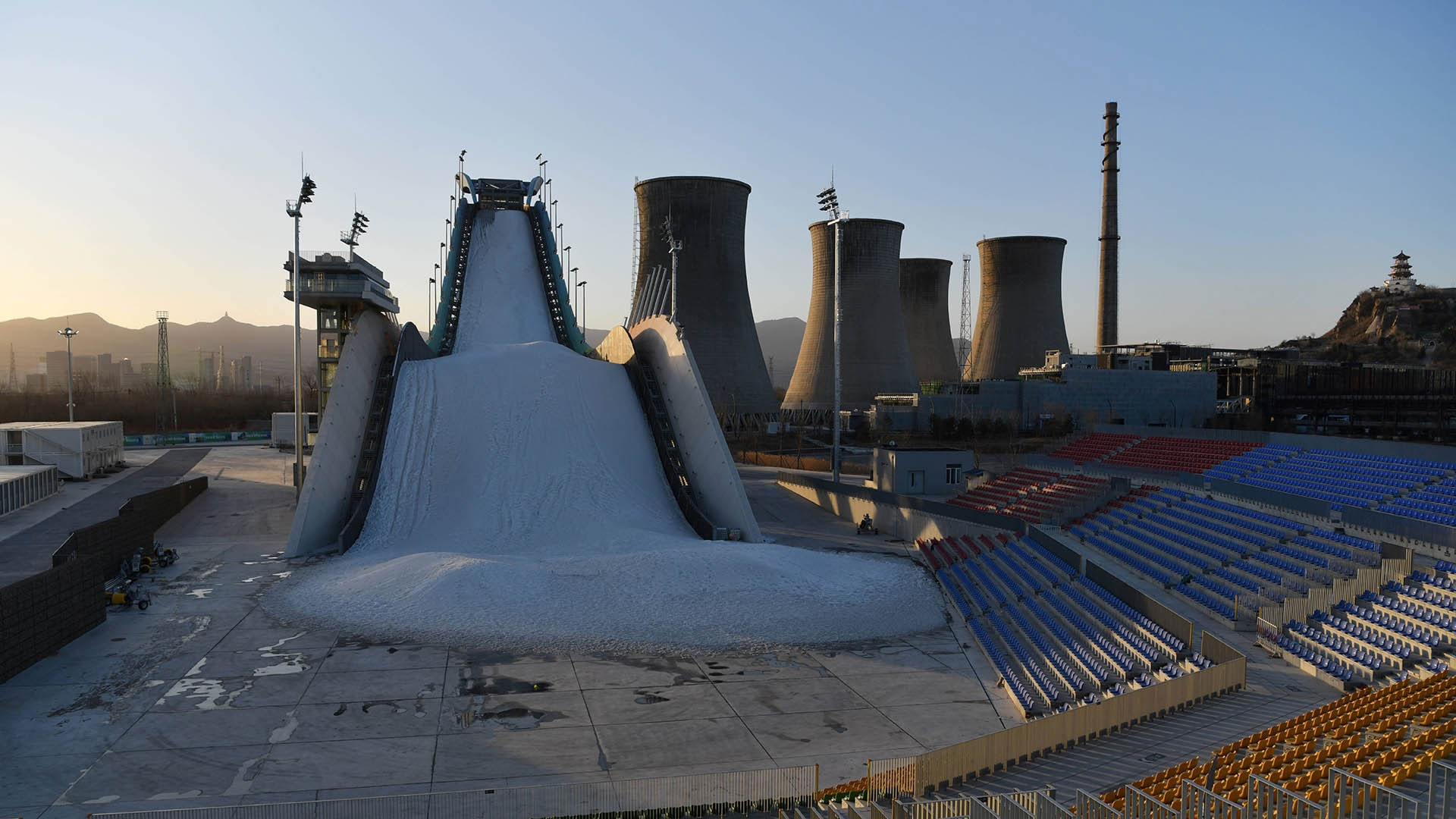 At the 2022 Olympic Winter Games, a total of 12 competition venues will host the planned 109 medal events. Many venues operate the existing facilities, while some are brand new for these Winter Games.

The competition venues are spread over three different groups (also called zones): Beijing, Yanqing and Zhangjiakou. Each zone has its own athlete village, all of which will be reused after the end of the Olympics.

Beijing
The center of Beijing will mainly host ice sports. Most of the venues were reused when the city hosted the Summer Games in 2008, although the speed skating arena and the large aerial ramp are new additions. Six competition venues in total are located here, as well as the National Stadium which will be used for the opening and closing ceremonies. The Athletes’ Village, which consists of 20 buildings and has around 2,300 beds, will be transformed into social housing after the Games.

Yanqing
A mountainous suburb about 75 kilometers northwest of downtown Beijing, the Yanqing area has two competition venues and will host board sports and downhill skiing. It is accessible from the city center by high-speed train. The Athletes’ Village will provide 1,430 beds for athletes and officials before eventually becoming a resort hotel.

Zhangjiakou
Further after Yanqing, more than 160 km northwest of Beijing, is the Zhangjiakou area. The region is a popular ski destination in China and for the Winter Olympics its four competition venues will host all snow events aside from downhill skiing and big air snowboarding / freeskiing. A newly constructed high-speed train has dramatically reduced the time it takes to reach Zhangjiakou – it can now be reached from Beijing in less than 50 minutes. With more than 2,600 beds, Zhangjiakou Athletes’ Village is the largest of the three and will be transformed into a shopping complex at the end of the Games.

Check out some of the notable sites used for the 2022 Winter Olympics below.