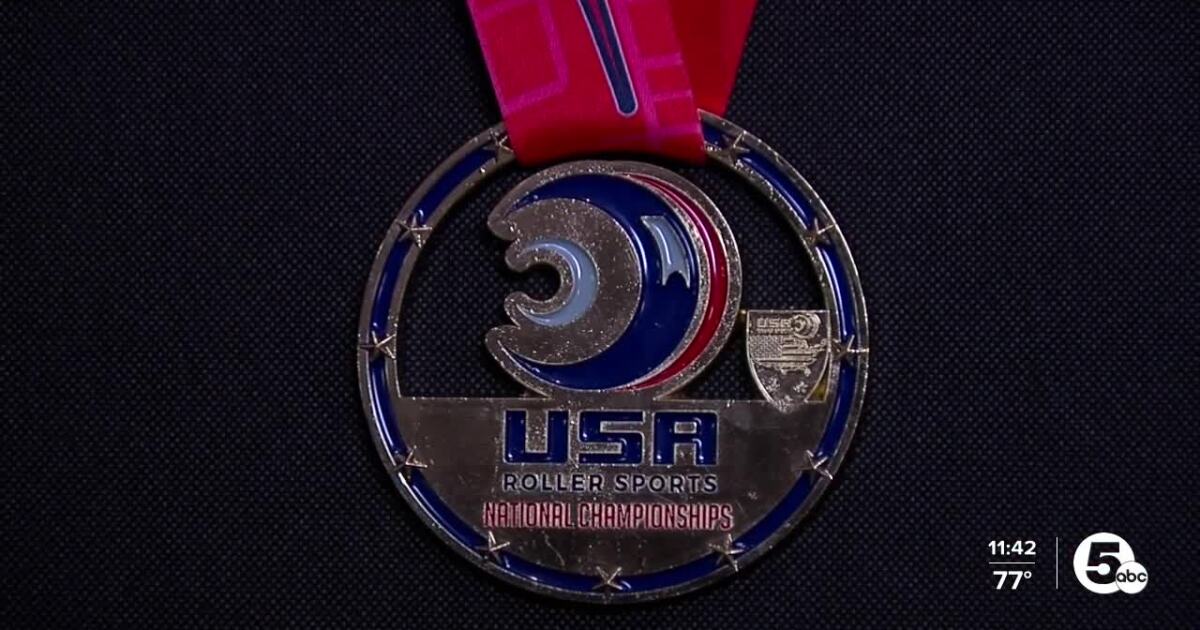 LORAIN, Ohio — Ariel Burger has been rollerblading since he was 3 years old.

“I was against the wall that was falling everywhere and I was like, ‘Mom, I want to come here every day!’ Ariel said.

“I was super excited. I was crying,” Ariel said.

Of course, these are good tears. Ariel beat twelve other girls – the top skaters from seven regions across the country – to win gold at the Juvenile Women’s Freestyle Championship in Lincoln, Nebraska.

“I knew she was good. She had won some of the local competitions with this routine and also some regional ones, but to see her at the nationals, with all the winners from all seven regions, we just couldn’t believe it. We were so proud,” said Ariel’s mother, Adrianne Burger.

Ariel spent 10 months preparing her winning routine, but the dream really started when she was on the other side of the glass at the Nationals last year.

“She says, ‘I’ll tell you something. I’ll be on that podium next year.’ She said, “I’m going to work so hard that I can’t miss it.” I was like, ‘Deal!’ We shook hands and it was really, really sweet, but she did – she stayed focused all year,” Ariel’s trainer Brenda Massey said.

Ariel trains three hours a day, several times a week. Now she has a lot to show for it. She also won bronze in the creative and show team events.

Download the News 5 Cleveland app now for more stories from us, as well as top news alerts, the latest weather forecasts, traffic updates and more. Download now on your Apple device here, and your Android device here.